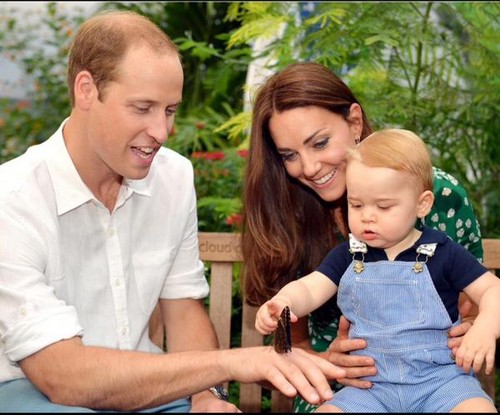 Kate Middleton and Queen Elizabeth forced a reluctant Prince William to join The Duchess of Cambridge and Prince George for a family vacation in Mustique, they don’t want Wills staying home and cheating. When it was first announced that Kate Middleton was going on vacation to Mustique with Prince George, it was clearly stated that Prince William would not be going with her. Royal sources confirmed the news, claiming that William had to, ahem, ‘study’. Of course, we immediately covered the news, and mentioned William’s tendency towards cheating and going a little crazy whenever he’s separated from his wife. We all know how much he partied at that Tennessee wedding in the US, right? Not to mention the fact that the last time he went on vacation without Kate while she was in Mustique, he ended up spending it with his ex-girlfriend, Jecca Craig. Sure, there were other people there, but by and large, it was a sketchy situation.

Anyway, it strikes us as curious that just a few days after it was reported that William just HAD to stay back to study, it’s now being reported that he accompanied Kate Middleton and Prince George on the Mustique vacation. So what’s changed? Well, sources tell us that William faced a lot of pressure from both Queen Elizabeth and Kate Middleton to go on this vacation, not just because of ‘family time’ but also other reasons. For one, Kate [rightly] doesn’t trust Prince William to stay home alone, and she’s worried that he’ll be cheating on her and/or flirt with other women. There’s little chance of Isabella Calthorpe coming around the palace since she’s married, but Will’s got a laundry list of ex-girlfriends that he’s still friendly with.

Of course, there’s also the wonderful influence of his younger brother, Prince Harry, and their partying shenanigans. Queen Elizabeth probably knows that the royal family cannot handle more negative publicity right now, especially not since Prince Andrew’s underage sex scandal is tearing up the British tabloids. Better that Prince William goes to Mustique with Kate Middleton, even if he’s not happy about it. This way, Kate can keep an eye on him, there’ll be no cheating rumors, and the royals will have some breathing room to recover from the spate of bad PR.