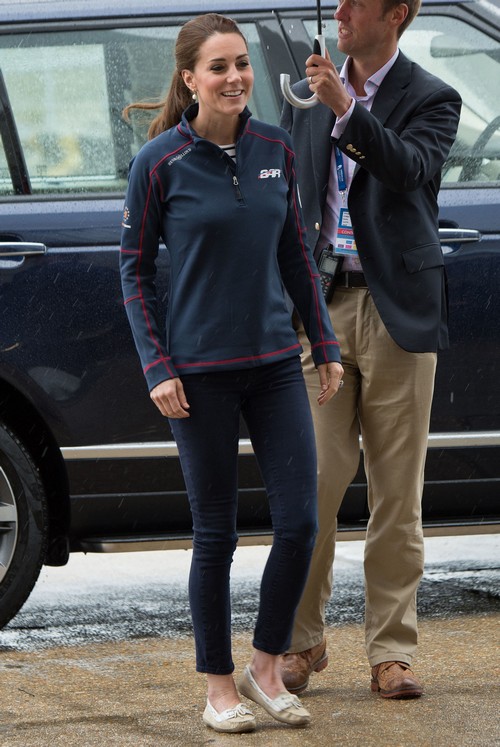 Kate Middleton and Prince William’s marriage troubles appear to be reigniting, and it’s possible another separation looms. Signs are pointing to another royal couple war, as the behavior of the Duke and Duchess of Cambridge send a clear message that something troubling is going on behind the scenes. Perhaps, William is tired of Carole Middleton running his life?

All is not well between the Kate Middleton and Prince William. The Duchess’ absence at the wedding of Bear Maclean and socialite Daisy Dickson was just one red flag in the royal couple’s crumbling relationship. While they both wear smiles at public appearances so sweet it could give you a toothache, Kate’s controlling habits and Carole Middleton’s domineering takeover of Anmer Hall must be a huge strain on the royal relationship.

In a report by The Mail on Sunday, a royal insider revealed, “Kate has basically told him that because of his hours with his new job, any other time has to be spent with her and the kids. His friends understand, of course, but they are really missing him. And they suspect he is missing them too.” The Duchess has been deemed lazy and nicknamed Duchess Do Little, but it appears her lack of interest in attending social events now applies to the Duke. The royal source added, “William used to be allowed to go to things on his own and he’d always excuse Kate’s absence, but she’s asked him to avoid going to any social functions for the time being – with or without her.”

Those “excuses” were flimsy at best, and Kate Middleton was often spotted shopping in the days before she missed the event. Now, Princess Kate is turning down invitations on William’s behalf. The Duchess has already declined William’s participation in the van Straubenzee family’s annual charity carol concert in December. The Daily Mails adds that a shooting weekend in Scotland, a ski trip with William’s pals, and a stag party have already been snubbed at the request of Kate. The loose-lipped pal of Prince William shared with the media outlet, “He used to be allowed to go to things on his own but now it’s rather embarrassing. He’s turning down invitations without any real excuse. Everyone knows it’s because Kate won’t let him out of her sight.”

The Duke and Duchess’ behavior is reminiscent of their previous and well-guarded separation during Kate’s pregnancy with Princess Charlotte that CDL exclusively brought to the world’s attention in Autumn 2014. The royal couple split for over a month. Kate returned to home, to stay with parents, Michael and Carole Middleton, in Bucklebury, but the Palace played the separation off as a second case of hyperemesis gravidarum. Which, in itself, makes little sense.

Aside from the comforts of home – let’s not forget Kate and William spent $6.6 million on renovations to their place in Kensington Palace – why would the Duchess of Cambridge stay at her parents’ house for a severe medical condition and not the Palace where she will have the aid of an entire staff and access to top medical care? In fact, not only did Kate snub the help of Kensington Palace, she refused the help of her Spanish nanny, Maria Borallo. Carole Middleton cared for Prince George, often being seen in shops and restaurants with the royal baby. However, during the first separation, nothing was more revealing than the fact that Prince William didn’t see his wife for almost an entire month.

Queen Elizabeth finally stepped in, forcing Kate Middleton and Prince William to reconcile. The royal couple returned to the public scene and The Great Kate Wait temporarily boosted the economy. Kate gave birth to Charlotte, and now that the excitement and post-baby euphoria has waned, the royal couple’s relationship has returned to reality. The same signs of marriage trouble are beginning to show again, and the Queen is on her annual holiday to Scotland, giving the Middletons more room to do as they please. While Kate and Carole want to ensure a “normal” life outside the confines of Palace walls for the royal children, it doesn’t seem to apply to Prince William.

Do you think the royal couple is battling marriage troubles? Will Kate Middleton and Prince William separate again? Let us know what you think in the comment section below.