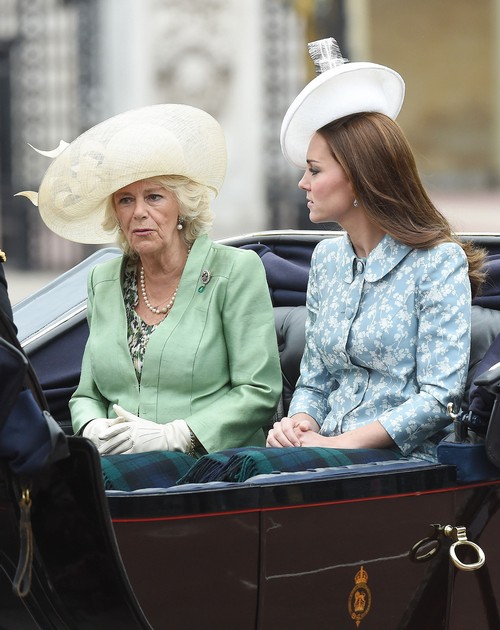 Kate Middleton is making it very clear where she stands by making strategic moves in her royal revolution. As the details of Princess Charlotte’s christening emerge, it appears the Duchess of Cambridge will be paying homage to late Princess Diana and Camilla Parker-Bowles is furious, but powerless.

The rift between The Duchess of Cornwall and Princess Diana goes back decades, but memory of Princess Diana still lives on, spiting Camilla Parker-Bowles. While Camilla is known as “The Other Woman,” Diana is the “People’s Princess.” Most adored Diana, and she is still celebrated as one of the most loved members of the British royal family.

Princess Diana’s tragic death still lingers in the hearts of her fans, but Prince William recently collapsed at her grave, according to GLOBE magazine. Perhaps the loving memory of Diana and how much she meant to William is the reason for Kate Middleton’s plans of paying homage to his later mother.

Princess Diana was also passionate about charity work. Specifically, she loved helping the homeless, people with HIV/AIDS, and children. In the days leading up to Princess Charlotte’s baptism, the Duke and Duchess announced flowers brought to the royal’s christening would be donated to East Anglia’s Children’s Hospices. The decision was made on what would have been Princess Diana’s 54 birthday. Finally, it was confirmed, via People, that Princess Diana’s favorite photographer, Mario Testno, would be taking photos of the royal family and Princess Charlotte’s christening.

You can bet Camilla Parker-Bowles isn’t happy with the focus on Princess Diana. Prince Charles and Camilla have struggled to get the royal family and the public to accept their marriage over the years. While some have moved on, the subject of Princess Diana is still a sore spot that even Queen Elizabeth prefers to avoid.

While Kate slowly makes changes to royal traditions, breaking protocol with her middle class values, the Duchess seemingly loves to pay homage to Princess Diana and keep her memory alive. A report by OK magazine in the spring of 2015 claimed Kate Middleton was collecting Diana’s belongings and storing them in a memory box with the help of Prince William and Prince Harry. The box of Princess Diana’s things will be kept for Prince George and Princess Charlotte, providing them with a hope chest full of memories.