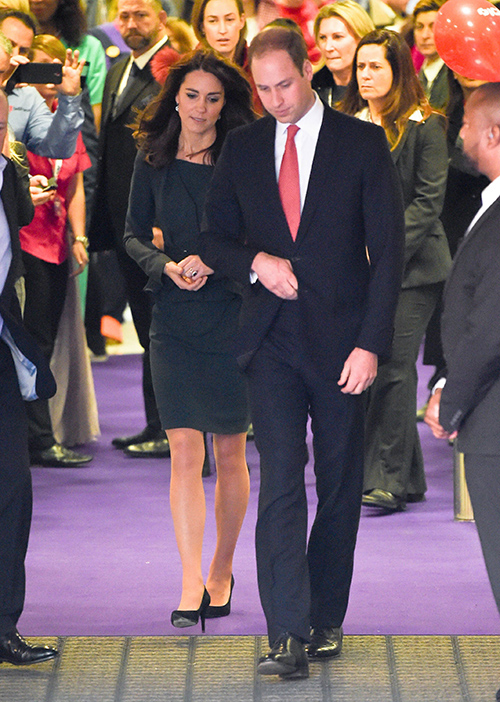 Kate Middleton’s popularity is soaring and the future Queen is charming the world. Is Prince William jealous of the amount of attention the Duchess receives? Is the Duke of Cambridge feeling ignored by the public? Is the Cambridge marriage in crisis?

The Duchess of Cambridge is the second most celebrated Royal. Only Queen Elizabeth enjoys more adulation. Is the Duke of Cambridge experiencing a bit of déjà vu? Princess Diana eclipsed Prince Charles and the first-in-line to the throne was often pushed aside during Royal engagements.

Is this what is happening with Duchess Kate? Royal watchers have scrutinized the most recent Cambridge family photo, making a few observations about the second-in-line to the throne’s placement in the Christmas card photograph.

When looking closely, one sees Prince William’s eyes are fixed on Prince George instead of the camera. The Duke is crouching off to one side – which would make it quite easy for the future King to be cropped out of the photo. Of course, this has led to whispers that the Cambridge’s marriage is in trouble.

What happened to the cozy William and Kate photos from days gone by? As Duchess Kate becomes more and more glamorous and regal, the Duke begins to look more and more like an extra appendage. Ironically, previous reports reveal that Queen Elizabeth is the one who recently demanded Kate Middleton undergo a Royal makeover.

Is Prince William taking the “I’m just one of the guys” look a little too far? Is it time for the Duke of Cambridge to update his look? As one Royal watcher observed, it is the middle-class Middleton who looks as if royal fairy dust has been sprinkled upon her. The blue-blooded William is beginning to resemble an ordinary run-of-the-mill Sloane Ranger.

Prince Charles was resentful of Diana’s fanatical followers. And we all know how that marriage ended. And as the Prince and Princess of Wales’ marriage fell apart, the family photos became increasingly staged and stiff.

But Prince William is not Prince Charles and insiders say the Duke has adapted quite well to Kate Middleton’s popularity. Unconfirmed sources have previously revealed that the Duke of Cambridge is very proud of the Duchess of Cambridge transformation from college co-ed to confident wife, mother, and future Queen of England.