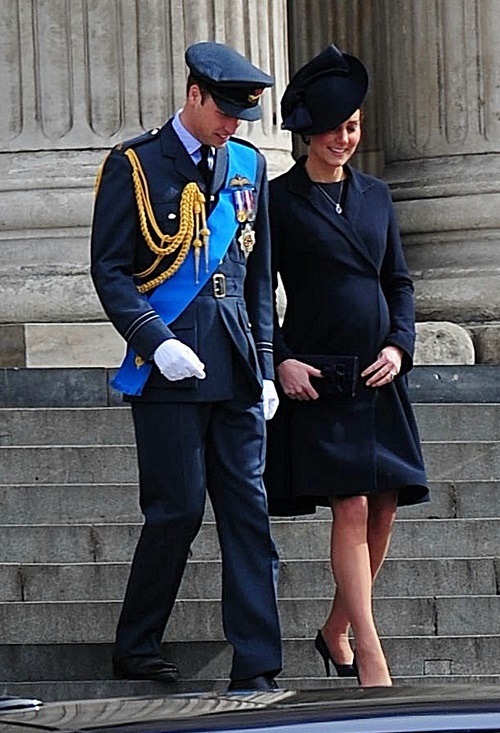 Prince William’s pregnant wife Kate Middleton is set to give birth to their daughter in just a few short weeks, and her mother Carole Middleton hasn’t left the Duchess of Cambridge’s side. While Queen Elizabeth and the royal family prepare the highly anticipated birth of the new heir, one person is not thrilled about it: Prince William’s father, Prince Charles. Apparently, Prince Charles is feeling left out of the pregnancy and is not even looking forward to the big due date because he still hasn’t even gotten to know his first grandchild, baby George.

The March 23rd edition of Star Magazine reveals, “The Prince of Wales feels shut out of his grandson Prince George’s life, and fears that with the arrival of the new baby it will only get worse. Prince Charles has complained to all of his friends that he never gets to see Prince George reveals an insider. Kate’s mother and father have taken over all of the grandparenting responsibilities and Charles is hurt and upset.”

Kate Middleton’s family has been extremely involved in Prince George’s life since the day he was born – much to Queen Elizabeth’s dismay. Prince Charles is not just upset about the fact that he has been pushed out of the grandparent role in George’s life – it’s that coupled with the fact that he doesn’t want the Middletons to have such an influence on George because they are merely commoners and the young Prince is a royal heir. Star Magazine goes on to explain, “Charles feels that Prince George should be learning his royal duties, along with his ABCs. Prince Charles keeps trying to get William to understand that there are many expectations on the future King of England, but William isn’t having it.”

We can’t say we really blame Prince William for wanting his son to have a normal childhood, but at some point he is going to have to accept the fact that Prince George is not a normal child. Do you think that Charles really cares about spending time with Prince George, or is he more worried about the fact that he is surrounded by the commoner family, the Middletons? Let us know what you think in the comments below!