Kate Middleton Queen at Buckingham Palace? Not If Prince Charles and Camilla Parker-Bowles Have Their Way 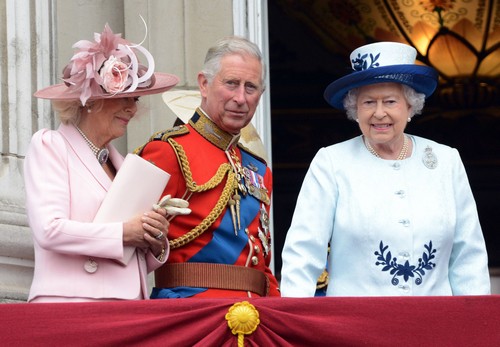 Prince Charles and Camilla Parker-Bowels are jealous of the attention that Kate Middleton and Prince William are always getting, and he’s stopped attempting to hide it. In fact, sources tell the Daily Express that Prince Charles and Camilla Parker-Bowels already have plans to evict Kate and William from Buckingham Palace before they even get a chance to sit upon the throne. Obviously, he might be worried that Queen Elizabeth will pass over him and hand the throne directly to William, but our sources are also saying that when Charles finally [FINALLY] gets to become King, he’s planning on leaving Buckingham Palace and turning it solely into a tourist attraction.

A source explains, “One of the ideas that Charles has discussed is for the Royal Family to leave Buckingham Palace entirely, turning it into a kind of grand official centre for events, an art gallery and public use.”

In other words, by the time Queen Elizabeth dies, Prince Charles will probably complete a total re-haul of the British monarchy – starting with getting rid of Buckingham Palace. Plus, he’s probably ecstatic about any chance to keep Prince William and Kate Middleton away from London, and the constant media attention. That way, he and Camilla Parker-Bowles can rule in peace, without the media constantly gossiping about Kate’s baby bump and what she wore when she went shopping and the color of her highlights.

Plus, Kate Middleton and Prince William were already planning to leave Buckingham Palace, from everything we’d been hearing. They’ve already unofficially moved to Anmer Hall, and Kate is reportedly sick and tired of the media attention anyway. She wants to be known as an intellectual, not the fashionista of the British monarchy. It’s really a win-win for everyone, even though Charles probably thinks that Kate and William will be devastated to not be able to rule from Buckingham Palace.

What do you guys think about Prince Charles turning Buckingham Palace into a tourist attraction after he becomes King? Let us know your thoughts in the comments below.