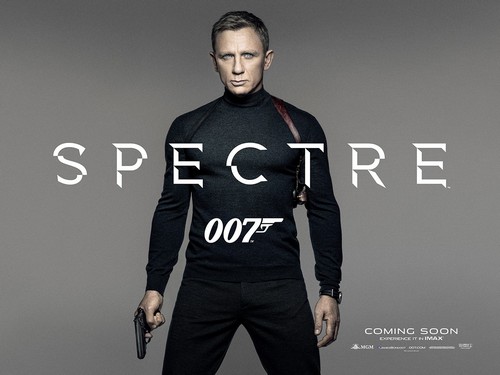 Kate Middleton and Prince William will attend the premiere of “Spectre” on Oct. 26. Is this another joint public appearance to prove that the Duke and Duchess’s marriage isn’t crumbling under the pressures of Royal life? William and Duchess Kate Middleton will also attend the State dinner Queen Elizabeth is hosting for China’s President Xi Jinping later this month. If you keep the couple busy they can’t fight, right?

Kensington Palace made the announcement a few weeks ago that Wills and Kate would be on hand for the premiere of the final installment in the James Bond franchise. But people are starting to wonder if this has all been an elaborate plan by the Royal PR machine to put a happy face on a four year marriage on its last legs. After shirking her Royal responsibilities all summer long Kate sure seems to be picking up the pace at a maddening rate – or is being ordered to do so!

This will be the third appearance Prince William and the Duchess of Cambridge will make together in just over a month. First they attended the England vs. Wales match at the World Rugby Cup on September 26 – and then on October 10 the couple visited Harrow College for World Mental Health Day.

Now they’ll leave Prince George and Princess Charlotte at home for a night at the movies – in support of the Cinema and Television Benevolent Fund of course! Nothing like an appearance for charity to cover up trouble in a Royal marriage!

Why is Prince Harry tagging along on the Duke and Duchess of Cambridge’s date? KP announced he’ll be there too. Is Harry the buffer between Wills and Kate so they’ll behave in public? But will Harry be dateless? It is rumored that he is dating Chelsy Davy again – and that the couple may be announcing their engagement soon. Chelsy Davy is the South African lawyer that the prince dated off-and-on for seven years – and the Duchess has been pushing Prince Harry to propose.

Queen Elizabeth doesn’t have much control over the lives of her other grandchildren – but she has to keep a very close eye on the Duke and Duchess of Cambridge. After watching Prince Charles and Princess Diana’s marriage publicly spin out of control – not to mention Prince Andrew and Sarah Ferguson’s – she has got keep this generation of Royals as securely under her thumb as possible. If Prince William and Kate Middleton divorce it could quite possibly mean the end of the Royal family.

Tell us what you think in the comments section below. And come back to CDL for all your celebrity and Royal family news, rumors and gossip!