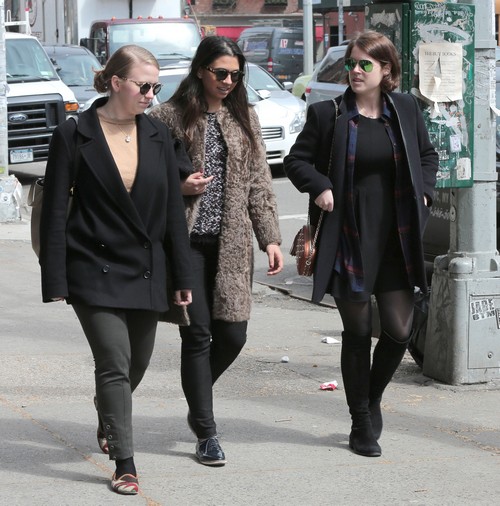 Princess Eugenie never fails to embarrass the royal family and infuriate Queen Elizabeth. Although Eugenie is only eighth in line to the throne, she is still supposed to be conducting herself as a member of the royal family. So, it’s safe to assume that Queen Elizabeth is not okay with her partying the nights away at lesbian clubs!

Princess Eugenie already let down the royal family by dating a former waiter, Jack Brooksbank, for five years. But, her little lesbian secret could literally put Queen Elizabeth over the edge. Apparently, Princess Eugenie has a thing for the ladies. A member of the royal family’s security team has been spilling all of their secrets to Star Magazine – including Princess Eugenies’ favorite pastime, frequenting lesbian bars.

According to Star Magazine’s royal snitch, “She secretly frequents lesbian nightclubs late at night, where she drinks and dances until the early hours of the morning.” The security guard insists that Princess Eugenie’s trips to the clubs are innocent and she “just likes to let loose and unwind without getting hit on by other guys. But, apparently she is totally okay with being hit on by other girls? Let’s not forget about the 2009 scandal when Princess Eugenie was caught getting a little TOO cozy with another woman while on a trip to Thailand…

We all know how Queen Elizabeth is going to feel about Princess Eugenie’s outings to the lesbian bars. But, we are dying to know how her longtime boyfriend Jack Brooksbank feels about it! Maybe they have some sort of an agreement, and he is totally okay with her flirting with other people – as long as they are women? What do you think of Princess Eugenie’s late night trips to the bar? Are they as innocent as her guard claimed? Or is she hooking up with women? Share your thoughts and theories in the comments below!