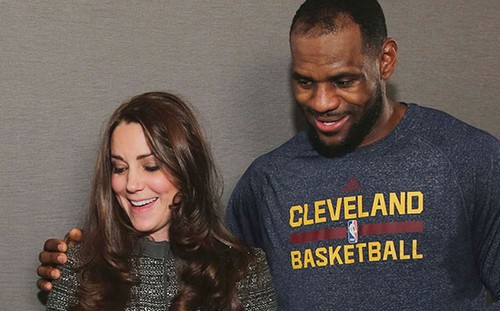 Kate Middleton is ditching the Royals and planning to raise her children at Anmer Hall in the manner shes fit, regardless of what Queen Elizabeth has to say about it! Kate Middleton has got to be feeling pretty vindicated, right? Either that, or she’s furious at Queen Elizabeth for holding her to such a high standard when her own children are behaving like pedophiles and first-class creepers. This is probably also why Queen Elizabeth took Prince Harry’s Vegas scandal so easily – she knew the alternative was Prince Andrew, and she counted her blessing that neither Prince William nor Prince Harry showed any proclivities towards under-age hookups.

In all seriousness, I wouldn’t blame Kate Middleton if she was sitting there throwing darts at a cutout of Queen Elizabeth. After all the drama and hoopla surrounding her wardrobe malfunctions, one would imagine that she got a strong talking-to from the Queen. However, Kate has every right to be furious at the Queen – and really, everyone else who ever mentioned a word towards her about her behavior and wardrobe – because here they were, covering up the biggest scandal of them all. In front of Prince Andrew’s underage sex scandal, Kate Middleton and her wardrobe malfunctions barely register.

Of course, this will probably serve as further vindication to move to Anmer Hall and ditch the politics of Kensington Palace. Kate Middleton has already made it clear that she doesn’t plan on staying in Kensington once she has her second child, and she’ll be able to avoid much of the royal pressure that goes on at Kensington.

What do you guys think? Does Kate Middleton have a right to be so angry at the royals for holding her to a much higher standard than they hold their own, for example Prince Andrew? Let’s be real – the Queen definitely, definitely knew about this, which makes the whole lot of them stinking hypocrites for creating drama for Kate Middleton when they were hiding something much, much more depraved under their own sheets. Kate’s silly fashion drama seems positively tame in comparison, doesn’t it?