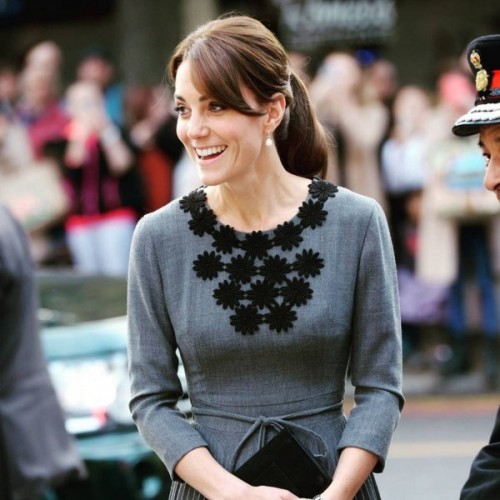 Is Kate Middleton refusing to attend a State Dinner in honor of Spain’s King Felipe and Queen Letizia? The gala is planned for March 2016 – and allegedly the Duchess of Cambridge has told Prince William their vacation plans will not be cancelled to accommodate the visit.

Queen Elizabeth is furious that Kate is once again shirking Royal responsibilities. According to the official website of the British Monarchy, Queen Elizabeth extended the invitation to King Felipe and Queen Letizia.

Spain’s Royal couple will pay a State Visit to the United Kingdom from March 8 through March 10, 2016. King Felipe and Queen Letizia will stay at Windsor Castle during the official visit.

The Duke and Duchess of Cambridge usually plan an extra-long vacation either to Mustique or another private island in late February. Princess Kate resumed her Royal obligations in September following a five-month maternity leave – and now wants to be rewarded for all that hard work with the Mustique vacation.

The State Visit could cause a conflict with Duchess Kate and Prince William’s plans. Is Queen Elizabeth incredibly upset that Kate Middleton would even consider running off on vacation.

It would be a horrible snub! The last time Spain’s king and queen visited Britain was in 1986 when King Juan Carlos and Queen Sofia were guests of Queen Elizabeth. The Duke of Edinburgh and Queen Elizabeth paid a State Visit to Spain in 1988.

Royal insiders allege that The Duchess of Cambridge is convinced beyond a shadow of a doubt that the visit was purposely scheduled for early March 2016. Is Princess Kate going to put up a fight or will the future Queen of England put on a pretty ball gown and her best tiara and keep quiet?

The Duchess was charming during Chinese President Xi Jinping’s State Visit. Will Kate Middleton be equally as pleasant during the Spanish Royals visit or will the Duchess be a pouty mess after being forced to cancel vacation plans?