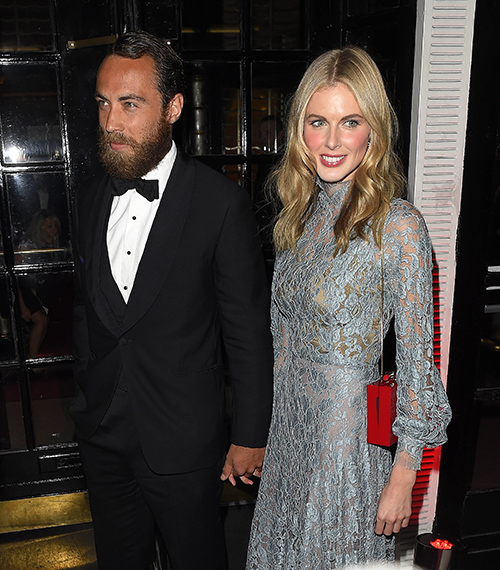 Kate Middleton’s secret shame? James Middleton’s bankrupt businesses and repeated attempts to cash in on the Duchess of Cambridge’s Royal connections. James is whining again! The only Middleton son is absolutely frustrated that, as an entrepreneur, well, he isn’t taken seriously. Middleton is soul-crushingly exhausted that everyone constantly calls him a failure as a businessman.

Middleton told the Daily Mail, “How can you judge whether someone is a failure? I just do not feel it has been reported honestly.” What hasn’t been reported honestly? The fact that two previous businesses went bankrupt and a third may be headed in the same direction? What part of that isn’t honest?

Apparently, having the Duchess of Cambridge as your sister is detrimental for business! Or, depending on which day of the week it is, Kate Middleton isn’t doing enough to support James Middleton’s entrepreneurial efforts.

Perhaps the Duke and Duchess of Cambridge should order up a few cases of Boomf marshmallows and pass the personalized puffy sweets around at their next official Royal visit? Maybe James could hook Queen Elizabeth up with the personalized confectionary creations for the State visit in March for the King Felipe and Queen Letizia of Spain?

When asked about the bankruptcy of the previous two businesses – Cake Kit and Nice Cakes – James replied, “Those companies shut down, but I shut them down myself and did so with my head held high.” Middleton may want prepare to shut down Boomf in the same manner. The company lost approximately £243,000 in 2014.

Face it, James, Kate Middleton isn’t going to endorse any more of this buffoonery. It’s bad enough the Duchess of Cambridge may put the Cambridge name on Pippa Middleton’s organic baby food business. But Duchess Kate has got to draw the line somewhere. And it would appear as if the line is made with personalized marshmallows.

Let us know what you think in the comments section below and come back to CDL for the latest Royals news.