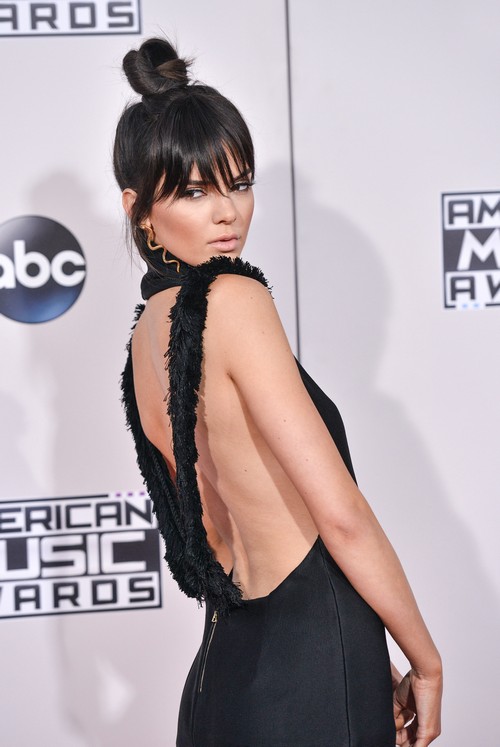 Kendall Jenner has remained silent after news that Kim Kardashian gave birth to her little boy and it’s looking like the Victoria’s Secret model is still furious with Kim for demanding she make up with Kylie Jenner.

Normally the whole family would be excited and tweeting out congratulations over a new family member but Kendall has gone radio silent in the last few days and hasn’t even shown up to see her baby nephew.

Some think Kendall Jenner is giving Kim Kardashian the silent treatment after her older sister scolded her and insisted Kendall and Kylie Jenner make up at once. The Jenner sisters have not been getting along lately and Kim allegedly ordered Kendall to stop the madness.

Apparently Kendall and some of her closest friends, Jaden Smith and Bella Hadid, have been giving Kylie the cold shoulder and have effectively kicked the youngest Jenner out of their squad.

Everybody is mad at Kylie for taking back Tyga and Kendall is taking it the hardest. She was overjoyed when Kylie Jenner announced she was dumping Tyga and even posted a special Instagram picture of herself flipping the bird to her sister’s almost-ex. Then Kylie and Tyga made up literally the very next day and Kendall hasn’t forgiven her sister for taking him back.

Of course it was Kim Kardashian who reminded Kendall that blood is thicker than water and she needs to just accept Kylie whether she is dating Tyga or not. Kendall Jenner didn’t appreciate the unsolicited advice from Kim nor did she want to be told what to do by anyone.

So now Kendall is somewhere holed up in a hotel, as shown in a recent DubSmash video that Kendall posted on Instagram but she’s not been seen out and certainly  didn’t visitKim in the hospital.

Right now Kendall Jenner’s whereabouts are unknown and many are wondering why she is hiding out rather than spending time with her famous family. The Victoria’s Secret model was seen earlier this week in New York City. She’s obviously not hanging out in Miami with her sister Kylie.

Kris Jenner is probably going to have to get involved with the big feud brewing between the most famous of her daughters.

Kendall and Kylie Jenner at AMA by FameFlynet