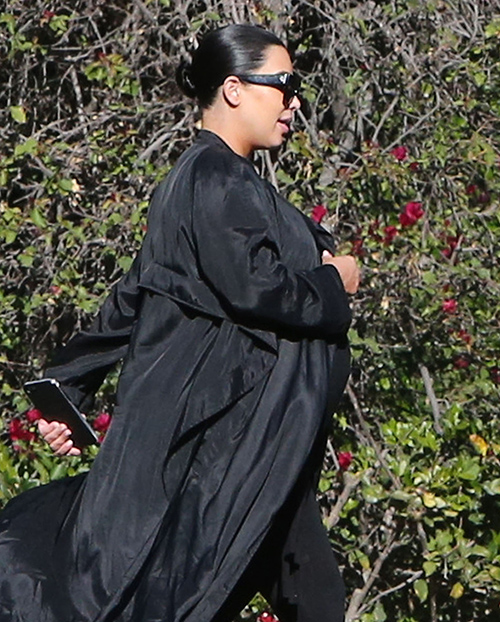 Kim Kardashian and Kanye West’s baby boy is here! According to Kim’s official website, the Keeping Up With The Kardashians star gave birth to a healthy baby boy in the early hours of Saturday December 5th. Kim’s original due date was thought to be on Christmas Day – however, considering the fact that she was a high-risk pregnancy and had recently developed preeclampsia, no one is entirely surprised that Kanye West’s son was born a few weeks early.

The message on Kim Kardashian’s website was short and sweet this morning – and went viral in a matter of minutes. The site posted, “TO OUR FANS: KANYE AND I WELCOME OUR BABY BOY! Kim Kardashian West and Kanye West welcomed the arrival of their son this morning. Mother and son are doing well.” It’s good to hear that Kim is doing well, seeing as how she revealed on an episode of their reality show that after she gave birth to baby number two she would most likely be rushed off to emergency surgery to have her uterus removed – it was damaged during complications with her first pregnancy with North West.

Kanye West and Kim Kardashian were very secretive when North West was born, it was a few weeks before anyone even got a chance to see her first photos – and she got little to no screen time on the family’s reality show, Keeping Up With The Kardashians. After North’s birth it was revealed that most of Kim’s family didn’t even get to meet the baby until after they left the hospital.