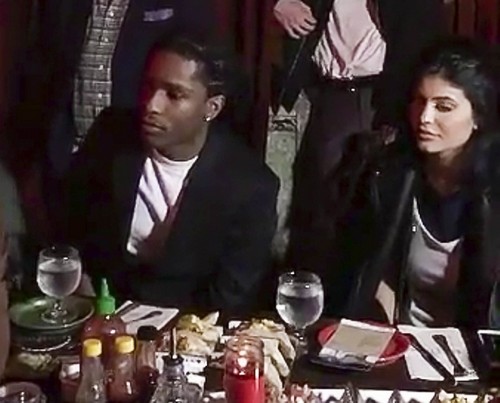 Kylie Jenner knew Kim Kardashian would get a lot of attention with the birth of her new son but have the baby headlines have made Kylie snub her older sister’s baby? The younger “Keeping Up With The Kardashians” star is so jealous that she’s working on a plan to stay on top as the number one Kardashian – Jenner sister.

For the first time in Kim Kardashian’s reality TV career, another of her sisters has taken over as the most popular. Kylie Jenner used Kim’s second pregnancy as her opportunity to launch past the older “KUWTK” star and become the most famous of the Kardashian and Jenner sisters. We won’t say the most famous of the whole bunch because Caitlyn Jenner just won top celebrity on Bing for 2015.

In any case, Kylie wants to keep her crown and now that Kim has given birth to Kanye West’s first and only son, the 35-year old reality star is getting a lot of media attention. Kim has been impatient about getting back to business and building her brand even bigger than it already is and having a second baby is going to help boost Kardashian’s popularity while she gets her body back in shape again.

To prove that Kylie is career focused right now, the 18-year old Jenner didn’t even head to the hospital when she heard Kim and Kanye’s baby news. Instead of even taking the time to congratulate Kim on social media, Kylie Jenner has been busily promoting the Lip Kit by Kylie that sold out in less than a minute.

Right now Kylie is in Miami, attending the Art Basel in America event. The party runs December 3-6 but there is plenty more going on in Miami throughout the week. So far there is no word that Kylie may cut the fun trip short in order to meet her new nephew.

Aside from building her Lip Kit empire and partying in South Florida, Kylie is also dealing with some personal life drama. Jenner was seen out with A$AP Rocky again and rumors of more trouble with Tyga are starting to catch on. On top of that, Kylie just got some intense scrutiny over the health of one of her dogs settled.

While the 18-year old Kylie Jenner is certainly excited for the new family member, she doesn’t have time to deal with babies when she is trying to keep Kim Kardashian from coming back and stealing her gigantic lead in popularity out of all the sisters.

Kylie Jenner and rapper ASAP Rocky are seen having dinner at the Versace Manor in Miami, Florida for Asap Rockys album release party on December 4, 2015. Missing from the event was Kylie’s current boyfriend Tyga! FameFlynet