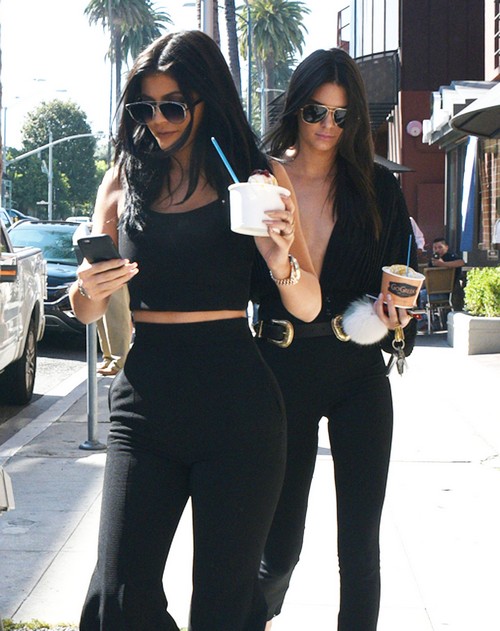 Is Kendall Jenner dating Nick Jonas? Well, not yet, but if her model BFF Gigi Hadid has her way Kendall will be double-dating with her and Joe Jonas any day now. Gigi Hadid infamously broke up with Cody Simpson this summer and began dating Joe Jonas the very next day. According to a new report, ever since Gigi Hadid and Joe began dating, Gigi has been trying to hook Kendall up with his brother Nick Jonas.

Nick Jonas recently confessed in an interview that his brother and Gigi have been trying to play matchmaker – and Nick is totally on board with the idea. It wasn’t that long ago that Nick broke up with longtime girlfriend and former Miss Universe Olivia Culpo – but the “Chains” singer is reportedly ready to dive back into the dating pool. On his potential relationship with Kendall Jenner, Nick dished “Joe has mentioned that a few times and so has Gigi. We’ll see, I don’t know. We’ll play it by ear. I wouldn’t be opposed to it.”

Ironically, this is not the first time that Nick Jonas has been linked in the media to Kendall Jenner. Nick and Kendall were spotted getting cozy backstage at a Victoria’ Secret Fashion Show in 2014 and spurred rumors then that they could be hooking up. Right now, Kendall Jenner needs a man in her life, any man – her friends and family are beginning to wonder if she is into girls and tabloids insist she is in love with her BFF Cara Delevingne. Of course, there’s absolutely nothing wrong with that, but if Kendall’s looking to dispel some rumors, dating Nick might not be a bad call.

A hot and steamy romance with Nick Jonas would definitely put the rumors to bed regarding Kendall’s sexual preference, and it would get everyone off her back for not going out on a date in over 3 years. Do you think that Nick and Kendall could hit it off? Are they the next power couple? Let us know what you think in the comments below!

Kylie & Kendall Jenner stop to grab some Greek yogurt to go Los Angeles, California on July 28, 2015. Kendall, 19, and her 17-year-old sibling Kylie recently graduated high school and their mother Kris Jenner threw them a huge bash at her home in Calabasas.