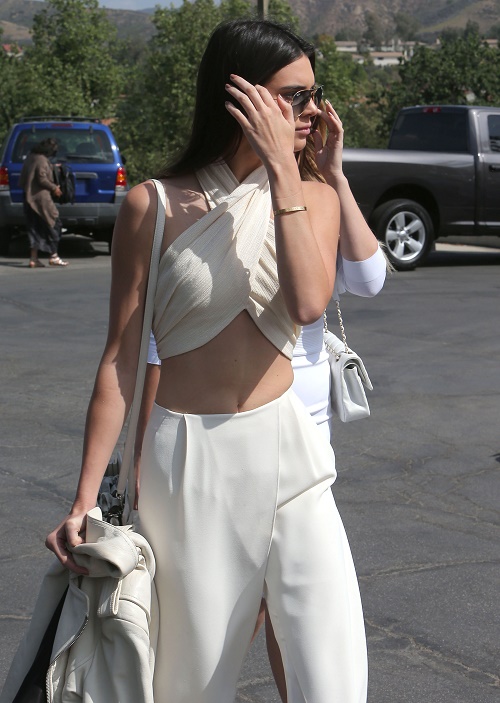 Kendall Jenner’s Twitter was hacked recently, and her account blew up with crude jokes about hooking up with Justin Bieber and her father’s sex change. Kendall Jenner has become one of the most prominent Kardashians in the media [even though, technically, she’s a Jenner], which means that she’ll have her fair share of media gaffes and hacking scandals. In fact, Kendall Jenner’s Twitter account was hacked Tuesday, leading to the hackers tweeting three times before Kendall’s team managed to regain control.

Obviously, the hacker had a lot of fun at Kendall’s expense, tweeting about sex with Justin Bieber, Bruce Jenner’s sex change, and Kendall having an eating disorder.

It seems like the hackers were definitely @ThyClerk and @f*ckcynical, and both accounts are currently suspended. And while the nature of their tweets isn’t surprising, I have to wonder how they thought they could get away with this. They’re obviously tweeting to themselves in the message content, so what, they thought nobody would notice?

Regardless, this is yet another instance where a Kardashian or Jenner has landed themselves in the media spotlight for some unflattering publicity. Sure, this isn’t Kendall’s fault, but you think the public cares about that? Not one iota. Kendall isn’t the public’s favorite person any day of the week, and this whole Twitter hacking scandal will only serve to increase her unpopularity – regardless of when, why, and where she got hacked.

Plus, the rumors of her and Justin Bieber hooking up clearly haven’t died down, and I don’t think they will anytime soon – even if it’s not the truth. The public wants to believe what they want to believe, and these Twitter hackers know that.