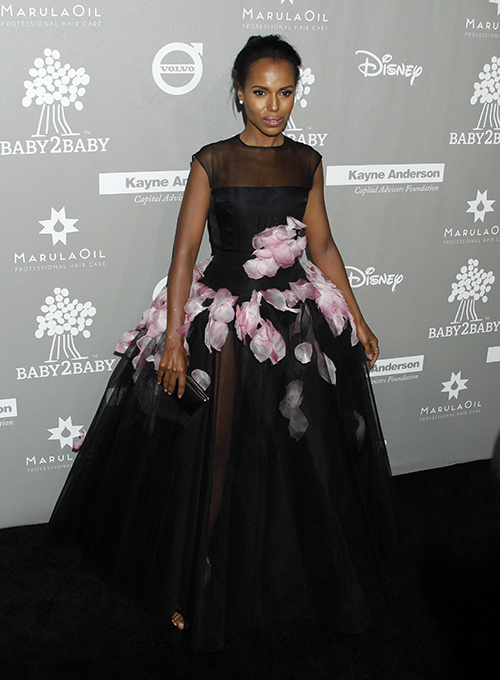 Will Kerry Washington be the next celebrity to fall victim to the divorce curse? If we learned anything in 2015, it’s that the odds of two celebrities’ marriages lasting are slim to none. The divorce rate in Hollywood has reached an all-time high, and according to a new report, Kerry Washington of ‘Scandal’ will be the next famous face headed to divorce court.

Kerry Washington and her former NFL playing husband Nnamdi Asomugha were married in 2013, around the same time that his career basically fell through – and Nnamdi doesn’t appear to have made any backup plans. In 2014, Kerry gave birth to their first and only child so far, a baby girl named Isabell. Kerry and Nnamdi are relatively quiet about their personal lives and relationships – but on more than one occasion rumors have popped up that the couple was having problems.

According to a new report in Life & Style Magazine, Kerry and Nnamdi are already separated, and Kerry plans on filing for divorce in the new year. An insider close to the couple dished to Life & Style Magazine that Kerry and Nnamdi had attempted to go to couples’ therapy – but it didn’t work out. The source explained that Kerry Washington resents her husband because she works non-stop on the set of ‘Scandal’ and he hasn’t made any attempts to find work since leaving the San Francisco 49ers. On the other hand, Nnamdi is bitter because he “believes that Kerry has given up on their marriage.”

We get why Kerry would be frustrated, but at the same time, she is one of the highest paid actresses on television. Is it really that important that Nnamdi find work? What do you guys think? Is Kerry Washington and Nnamdi Asomugha’s marriage over, will she really file for divorce? Share your thoughts in the comments below!