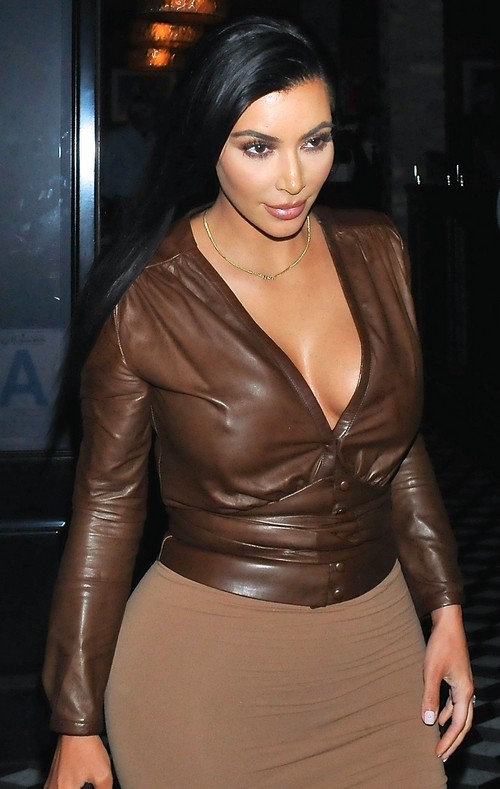 Before Kim Kardashian moves ahead with her inevitable divorce from Kanye West she is attempting a rebranding beginning with the her T-Mobile Super Bowl ad. Kim Kardashian was lucky enough to score a T-Mobile ad that will run during the Super Bowl and the commercial teases that Kim is hilarious in making fun of herself—a strategized plan to rebrand herself as more fun and comedic to open new doors for her as she plans for life after her divorce from Kanye West. While Kim loved the reaction she’s been getting over her recent T-Mobile ad, she shouldn’t set her sights on an acting career unless she coerces Kanye into buying her a role before she dumps him. While T-Mobile set out to deliver satire in their clever ad with Kim, they miss the mark in the video with their overexposed spokesperson of choice.

First, the public has tired of the same old thing from Kim Kardashian, and that is all the commercial delivers as she pokes fun at herself for all the things she’s become famous for (minus the sex tape). But her supposed serious discussion about data storage is limp as she reminds viewers about her love of selfies, and her butt…which everyone already knows all too well. Her attempt at sounding serious in the satirical skit is laugh-worthy as she has zero acting skills, zero personality, and zero ability to come off as funny in any capacity unless she is attempting to sound intelligent (which is obviously hilarious).

In any case, Kim is giving it her all, hoping to allow her haters to see her in a new light. And while Kim’s full name appears on the screen as she is talking, she starts the commercial with, “Hi. I’m Kim….” Kim didn’t want to introduce herself as Kim Kardashian West despite Kanye’s insistence. Kim wanted to begin the commercial with, “Hi. I’m Kim Kardashian…,” but Kanye opposed and made such a fuss that Kim finally settled the disagreement by simply introducing herself as “Kim.” She arrogantly told friends that she can go by her first name anyway, because everyone knows who she is.

CDLers know we’ve been following the over-the-top couple for months as evidence mounts to confirm that Kim wants to divorce her hubby Kanye, but is only staying with him to use him for his many connections. Kim keeps telling Kanye that since he is gone so often working, she needs projects to keep busy. She asks him to set up various gigs for her by guilting him into feeling he should help her since he is gone so often. Kim, however, is simply using Kanye for his amazing connections until she is able to file for divorce and split off on her own.

Kim Kardashian may want to hold off a bit on her plans to divorce Kanye West as she likely won’t be getting calls from any casting directors any time soon, despite the exposure she is getting from a T-Mobile commercial running during the Super Bowl. She will surely need Kanye’s connections to open doors for her, despite her overinflated ego telling her she is ready to fly alone.