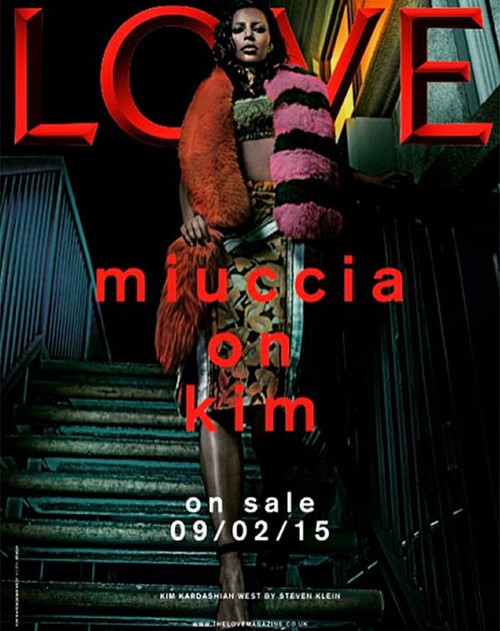 With bleached eyebrows, a much darker shade of skin color, and a completely different hairstyle that is obviously textured differently than her normal frock, it is leading many to believe that Kim is trying to reinvent herself by downplaying her Armenian roots and fully embracing her husband’s African American heritage. Kim has always been attracted to African American men and has attempted to insinuate herself into black culture since she was young. She is actually jealous of daughter North because she has both Armenian and African American roots, which Kim only wishes she had. For now, however, she can pretend… and that is exactly the new image she’s going for—a Nubian queen.

Kim Kardashian has made it clear to mom Kris Jenner that she wants to divorce Kanye West as soon as she can and is simply waiting for the right time. She is anxious to get back out there and already has her eyes on a couple of hot young black men. She married Kanye out of desperation, but now that she’s done using him, she wants to spend the rest of her life with someone she is actually attracted to and who is less controlling. Kim loves the limelight and used to love clubbing. She and Kanye never go to clubs unless they are orchestrated paid appearances. She wants someone who is more spontaneous and young at heart. Kim feels Kanye is depressing, overly-emotional and dramatic, and to rigid. She wants real passion, not forced passion as the couple’s photo shoots demonstrate. Kim always seems to look as though she is kissing a deadly disease when puckering up to Kanye’s cheek in photos.

After Kanye got wind of CDL’s mocking of Kim’s Paper magazine cover where she purposefully neglected to include the “West” part of her last name, he made it clear that the Love magazine cover better include her full name. Kim complied to appease him, but only because she’s trying not to rock the boat too much right now.  The Love magazine cover, however, has her name in a huge, bold font front and center, while her full name Kim Kardashian West is at the bottom in very small print.

Keep your eyes out, CDLers…you’ll continue to see Kim’s skin get darker with every photo shoot as she rebrands herself while slowing inching herself away from Kanye.