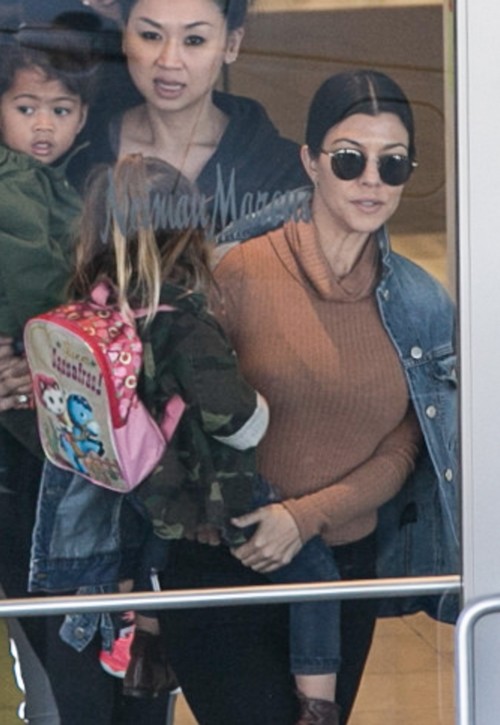 Kourtney is in amazing shape for her age, but according to a new report from Star Magazine – she is planning on going under the knife in 2016 and getting a facelift. And, rumor has is she is doing it for her much younger boytoy Justin Bieber.

According to this week’s edition of Star Magazine, Kourtney Kardashian wants to start the new year with a new outlook on life – and a new face. An insider revealed that 2015 has been especially brutal for Kardashian. The source went on to say, “Splitting with Scott Disick made her feel so old and exhausted, and Kourtney wants to feel young and beautiful again.”

Of course, her break-up from Scott Disick isn’t the only leading factor in Kourtney’s sudden quest for the fountain of youth. It probably has something to do with her hook-ups with much younger playboy Justin Bieber as well.

Justin Bieber is 15 years younger than Kourtney, and we all know he has no problem finding women interested in him. When he isn’t hooking with Kourtney and playing cat and mouse with Selena Gomez, Biebs has a steady stream of women in and out of his life.

It’s no wonder Kourtney feels like she needs to get a facelift just to keep Justin interested. Sadly, the fact that she is almost the same age as his mother is probably the reason that Justin is attracted to her to begin with.

Will Kourtney go under the knife in 2016? Is she doing it all just to keep her boytoy Justin Bieber interested? Let us know what you think in the comments below!

Kourtney Kardashian and family were spotted in Woodland Hills, California on December 29, 2015. FameFlynet