Justin Bieber and Kourtney Kardashian Sleeping Together: Taking Relationship to Next Level? 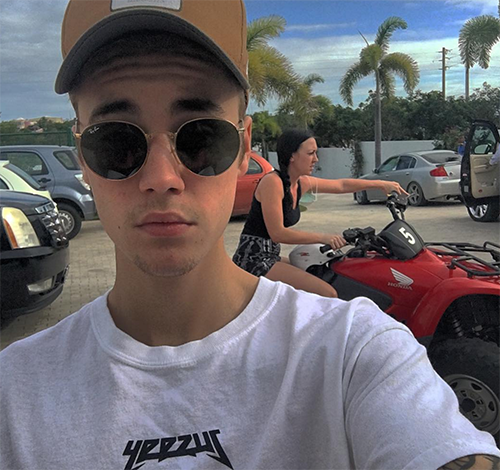 Justin Bieber and Kourtney Kardashian are mostly likely sleeping together. But are the Biebs and Kourt taking the relationship to the next level? Social media has been bombarded with news that Bieber and Kardashian have become bed buddies. Justin taunted Kourtney’s baby daddy Scott Disick on Instagram. Kardashian was photographed leaving a hotel in the wee hours of the morning – a hotel that’s one of Justin’s favorite quiet places. The signs are all there, but no “official confirmation.”

Despite a 15-year age difference, the questions are out there. Are Justin Bieber and Kourtney Kardashian getting serious? Has the Biebs met Kourt’s three kids? Funny as it may seem, is Justin ready to be a step-daddy? Not so fast! Justin is reportedly livid that Selena Gomez and Niall Horan’s relationship is heating up.

What is Justin upset about? Irish Mirror carried a report that Niall Horan took one of his most beloved white t-shirts, bathed it in cologne, and lovingly gave it to Selena Gomez as a Christmas gift. Insiders divulged that Niall wanted SelGo to have something to remember him by while the two were separated over the Christmas holiday. Gomez was allegedly thrilled with such a personal and intimate gift and wears it to bed every single night.

This whole cologne-soaked t-shirt pajama thing has Justin in quite the tizzy, or so friends say. The Biebs feels betrayed by Niall – basically, Horan moved in on Justin’s girl. Insiders report Justin wants to talk to Niall – reportedly to tell the One Direction singer to back off and leave SelGo alone. The Biebs probably won’t have the opportunity to talk to Niall Horan anytime soon. Selena Gomez has ordered Horan to ignore Bieber’s text messages.

Kourtney should sit Justin down for a chat – Kourt’s been through the same back-and-forth with Scott Disick that Justin seems to be going through with Selena. Can a serious relationship between Kardashian and Bieber keep the pair from going back to their exes – over and over and over again?

An unlikely couple, could Justin Bieber and Kourtney Kardashian have a serious relationship? Or is this fling just a rebound for both. Does the Biebs still have hope of a reunion with Selena Gomez? Can Scott Disick convince Kourtney to give him one more chance?

Let us know in the comments section below and come back to CDL for all the latest celebrity news.