Kourtney Kardashian and Scott Disick Back Together: KUWTK Couple Spotted Together At Party

BY Andie Howard on November 15, 2015 | Comments: one comment
Related : Hot News, Keeping Up With The Kardashians, Kourtney Kardashian, Scott Disick 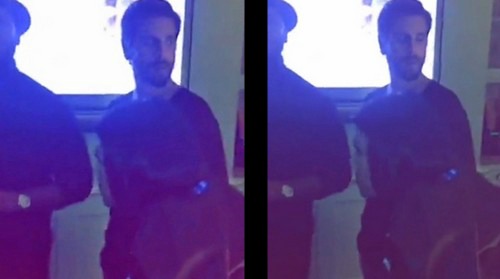 Kourtney Kardashian and Scott Disick have people wondering if they are getting back together after the “Keeping Up With The Kardashians” couple were spotted hanging out at a Malibu party on Friday, November 13.

Both Kourtney and Scott attended a book release party for celebrity pastor Rich Wilkerson Jr. and they look totally civil with each other. As a matter of fact, Kourtney Kardashian was filmed standing right next to Scott Disick and it looked like they were there together.

Even though Kourtney Kardashian swore she was done with Scott Disick when she left him over the summer, Kardashian never really is. Scott and Kourtney broke up in July after Disick was caught partying with his ex-girlfriend Chloe Bartoli.

Scott has been romantically linked to at least one other woman since the breakup and the entrepreneur made it clear that he was enjoying the single life right up until he entered rehab in October.

The fact that the “Keeping Up With The Kardashians” star was seen with Scott means she’s still open to the idea of fixing their relationship. Kourtney did visit Scott in rehab in November with two of their children. She also let Disick come to their house to see the kids since July but she was never seen out on the town with him until now.

In the video released by TMZ on Saturday, Kourtney Kardashian is seen standing quietly behind Scott Disick at the star studded event. There were a few celebs at the party, including Justin Bieber and Omarion.

There weren’t any other Kardashians said to be at the party, leaving us to believe that Scott and Kourtney planned to be there together. Disick was described as somber and very serious at the book release party and it’s pretty obvious that he’s trying to prove to Kourtney Kardashian that he means business this time.

Scott reportedly has been begging Kourtney for another chance since he went into rehab in October. Disick has been trying to prove that he has finally decided to change and get himself together. The drama with Lamar Odom was a major shock for Scott Disick and he claims that it put a lot of things into perspective. Kourtney is reportedly open to giving Scott another chance.

She is impressed that Scott Disick is finally getting sober this time and doing what is best for his family. Don’t be surprised if Kourtney Kardashian and Scott Disick announce their reunion very soon.