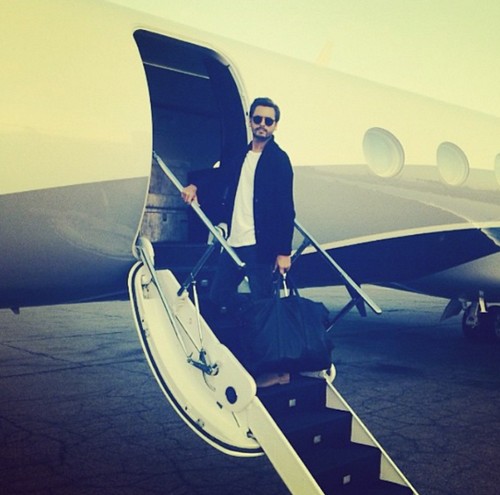 Scott Disick just checked out of rehab…again. Kourtney Kardashian’s baby-daddy checked himself into a Malibu treatment center post Lamar Odom’s overdose. He was obviously inspired by the tragic events to try and improve his own health and well-being.

After just 30 days of treatment, Scott insists that he is a whole new man and according to ET Online, Disick just left rehab.

An inside source dished to ET Online, “He is doing really well. Everyone is hoping that his sobriety continues but he is looking great and feeling great. The entire Kardashian family is supporting him throughout this, including Kourtney.”

Scott actually posted a photo on Instagram on Tuesday night, causing his followers to speculate that he had left rehab – and it turns out that he has been a free man for a few days now.

It’s difficult to imagine that after just 30 days Scott kicked his addictions to the curb – seriously we have been watching him booze and party his life away for nearly a decade. And, he was able to curb all of that in just a month?

Obviously if Scott is clean and sober, we are thrilled for him, but we aren’t going to get overly invested in his latest bout of sobriety. The man has been to rehab over five times just this year alone.

Now that Scott Disick is “sober” again – it will most likely only be a matter of time before Kourtney Kardashian takes him back, and then they can begin the horrendous cycle all over again. Seriously, we can’t be the only ones who see a pattern by now. Scott gets drunk, screws up, Kourtney dumps him, he ‘gets sober,’ Kourtney takes him back – and repeat.

What do you guys think? Is Scott going to stay sober this time? Will Kourtney take him back and forgive him now that he spent 30 days in rehab? Let us know what you think in the comments below!