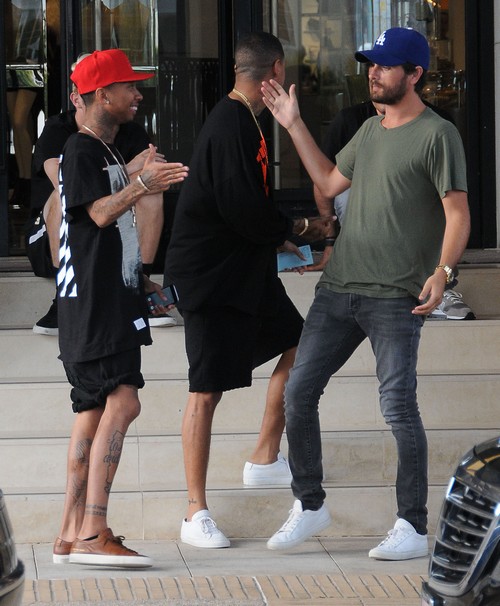 Kourtney Kardashian’s ex Scott Disick is headed to rehab – again – in a desperate attempt to get his act so he can have unsupervised visits with his kids. Has Lamar Odom’s near fatal drug overdose inspired Kourtney Kardashian’s baby daddy to save himself while he can? Or was it Kourtney Kardashian banging Justin Bieber that made Scott wake up? Scott’s making every effort to shake his party boy image and stop running around with his drinking buddies. But it may not be enough because Kourtney doesn’t think Scott can stay clean.

Scott checked into the Rythmia Life Advancement Center in March 2015 – but skipped out after a week.
The Rythmia Life Advancement center in Costa Rica uses hallucinogenic plants found in the jungles of Costa Rica to treat their patients. But it’s okay – the hallucinogenic treatment is done under the supervision of a shaman. This type of treatment for addiction takes several weeks to work.

Us Weekly has confirmed with sources close to Scott Disick that he is has checked into a rehabilitation facility in Malibu. But If Scott skipped out on his last rehab stint within a week why in the world would he think Kourtney Kardashian would believe he’s going to follow through this time? Maybe because THIS time around Scott isn’t going to get to see his kids Mason, Penelope and Reign unless Kourt – or a designated representative – is sitting there watching him like a hawk.

Scott has been a heavy drinker – alcoholic – for years – it’s been well-documented on “Keeping Up With The Kardashians.” But there have also been rumors that he has abused cocaine and prescription drugs. Maybe Scott checked into rehab not only because he’s scared he’ll never see his kids again – at least not unsupervised – or he is scare he’ll end up dead if he doesn’t stop. All this is going on as Khloe Kardashian’s husband Lamar Odom is fighting for his life at the Sunrise Hospital and Medical Center in a Las Vegas.

Can Scott Disick stay in rehab this time? Can he kick his alcohol and drug addictions? And how long will it take before Kourtney Kardashian lets him see their three children without someone supervising the visits?