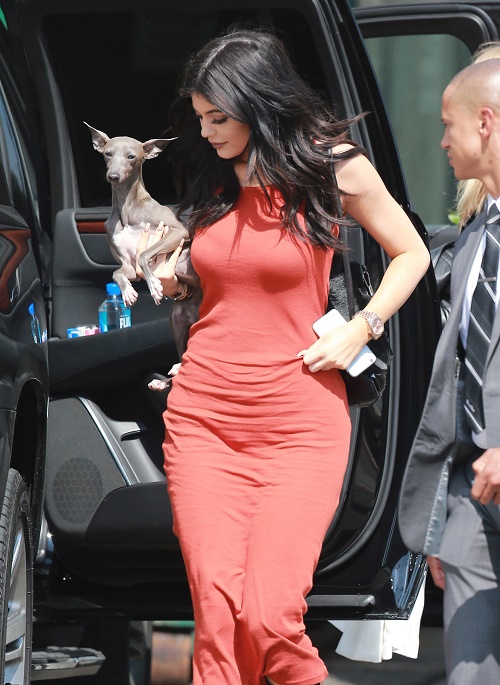 17-year-old Keeping Up With The Kardashians star Kylie Jenner revealed in a recent interview with UK InStyle Magazine that her famous mom “cut her off” when she was just 14 years old and she has been supporting herself financially ever since. We have a whole new reason to hate monster momager Kris Jenner. What kind of a mom – who has millions of dollars at her disposal that she had made off her own children – refuses to support her children?

Kylie Jenner dished to InStyle Magazine, “My mom cut me off financially three years ago. I pay for everything – my car, my gas, and food as well as my clothes.” In Kris’s defense, Kylie wasn’t exactly starving, the teen obviously didn’t have a tough time supporting herself. This year the 17-year-old KUWTK star purchased a $2.7 Million mansion in Calabasas. Not only does she have income coming in from the family’s reality TV show, but she also has a deal with PacSun, among several other endorsements.

Here’s the thing though – Kylie Jenner has been under fire for her plastic surgery, dating a 25 year old, and posting grossly inappropriate pictures on social media. But can we really blame her? Not only has she been treated like an adult since she was 14 years old, but how else would she be able to support herself? If Kylie wasn’t posting half-naked pictures online and getting plastic surgery to make news, she world be irrelevant, and not making a dime. We’re not condoning anything that Kylie does, but at the same time, the girl needs to eat and her own mother isn’t feeding her! She’s got to do something to put food on the table.

Do you think that Kris Jenner is to blame for the way Kylie is now? Would she still be acting inappropriately if her momager hadn’t cut her off when she was just 14 years old? Let us know what you think in the comments below!