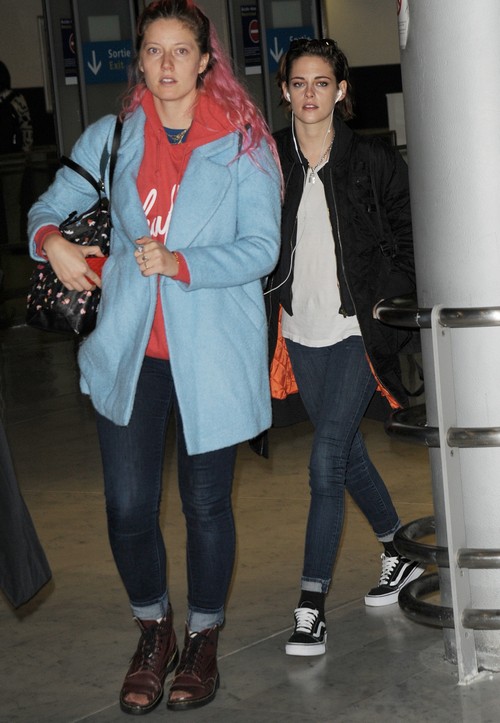 Kristen Stewart recently moved on from her relationship with Alicia Cargyle. The “Twilight” actress was rumored to be rekindling a fling with one of her co-stars in the blockbuster young adult book series turned movies.

It looks like the rumors that Kristen Stewart has been hooking up with Taylor Lautner might just be marketing fluff. There were even suggestions that Kristen still wasn’t over Robert Pattinson and that the “Runaways” actress was still trying to get back together with him despite Robert’s relationship with FKA Twigs.

The real hot rumor now is that Kristen has moved on from her relationship with former assistant Alicia Cargyle so she can date another woman. Has Kristen Stewart sworn off men? In the past, Kristen has refused to admit she was a lesbian or even bisexual. She did confirm the relationship with Cargyle though, after it was really so obvious that she had no choice.

When pressed to talk about her sexuality in an interview with Nylon magazine, Kristen Stewart said, “I am an actress, man. I live in the f**king ambiguity of this life and I love it.” Then Kristen followed with, “I don’t feel like it would be true for me to be like, ‘I’m coming out!’ No, I do a job. Until I decide that I’m starting a foundation or that I have some perspective or opinion that other people should be receiving. I don’t. I’m just a kid making movies.”

Stewart was recently seen hanging out with a new lady and according to reports, this may be a new love interest. KStew was spotted hanging out backstage at a recent PVRIS concert in New York City. Kristen was seen paling around with PVRIS band member Lyndsey Gunnulfsen, who goes by Lynn Gunn.

Kristen Stewart is rumored to be dating Lynn Gunn according to a report from Glamour magazine. Glamour claimed an unnamed source said, “Kristen and Lynn are dating Kristen came to see Lynn when her band played in New York last week, and they were hanging out backstage. The whole crew knows they’re seeing each other, and they left together, too.”

In the past, Kristen Stewart has been linked to a few famous men. Stewart’s relationship with Robert Pattinson received the most attention but ended after Kristen reportedly cheated with her “Snow White and the Huntsmen” director Rupert Sanders.

Since her split from Pattinson, Kristen has been linked romantically to Lane Garrison before switching teams and hooking up with Alicia Cargyle. Not long after their “amicable” split, Stewart didn’t take long before she started paling around with Lynn Gunn.

Kristen Stewart seen arriving at Charles de Gaulle Airport in Paris, France on October 25, 2015. The ‘Adventureland’ actress was dressed in a casual quilted black jacked and blue jeans by FameFlynet