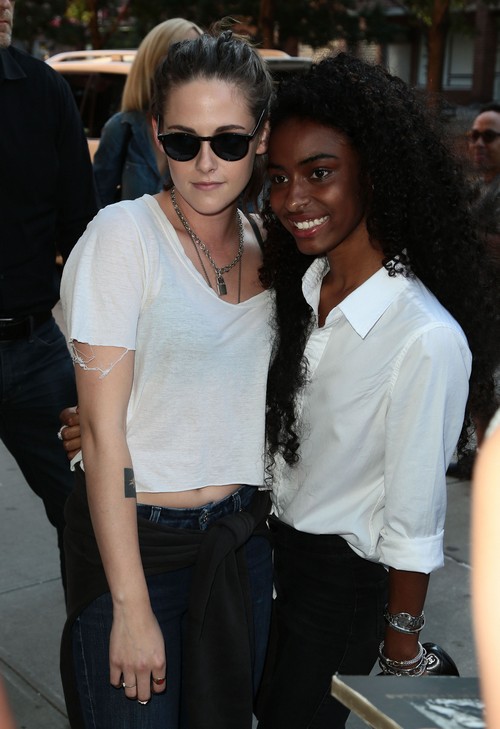 It’s no secret that Robert Pattinson’s ex Kristen Stewart has issues – and her entire team of therapists can vouch for that. Apparently, the Twilight actress visits three different therapists on a weekly basis, and she has been attending sessions since she was just 8 years old! A new report in this week’s edition of OK! Magazine reveals that K-Stew is apparently a therapy junky – and her pals think that she is taking it a bit too far.

OK! Magazine explains, “Kristen has a weekly visit with a psychologist, a life coach who manages her career decisions, and a couple’s counselor who she visits with her girlfriend Alicia Cargile.” The tabloid’s source adds, “Her friends think that it is over the top. But, Kristen is the first to admit that she has issues.” At this point in her life, Kristen has made more millions than she will ever be able to spend. At least she is blowing her money on a staff of therapists to make all of her personal and career decisions for her – rather than partying like a rockstar and dropping hundreds of thousands of dollars at clubs every night.

Kristen Stewart is rumored to have secretly married her girlfriend Alicia Cargile last month, so we are kind of curious what the two of them are already doing in couple’s therapy. Or, perhaps they have been going to the sessions all along and it is just a preventative measure? We’re fans of the “If it’s not broken, don’t fix it theory” though. Unnecessary therapy sessions could wind up creating problems that didn’t even exist in the beginning if you aren’t careful. But, considering Kristen’s relationship track record – who could blame her for wanting to be extra careful?

What do you guys think? Is Kristen Stewart getting a little carried away with counseling and therapy? Does she actually need it? Why is she already in couple’s therapy with Alicia Cargile, is there trouble in paradise? Let us know what you think in the comments below!