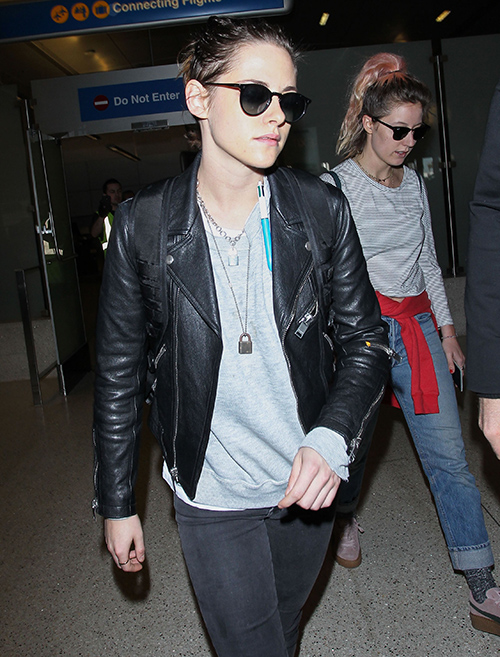 Kristen Stewart regrets starring in the “Twilight” movies? Did Kristen really say accepting the role of Bella was the worst mistake she’s ever made? During a recent podcast interview, Stewart was asked to give some advice to “Star Wars: The Force Awakens” actress Daisy Ridley [Rey].

Kristen basically told Daisy to enjoy the fame – and when it isn’t fun anymore focus on something else. During the interview, Stewart reflected on her own career, saying “Twilight” was some “cool baggage.”

That’s what Kristen had to say publicly, but a pal told Naughty Gossip that Stewart regrets ever getting involved in the “Twilight” saga. Apparently, Kristen Stewart confided in this pal and said that making the movies was the biggest mistake of her entire life.

“Twilight” was the biggest mistake of K-Stew’s entire life? Having an affair with a married “Snow White and the Huntsman” director Rupert Sanders wasn’t a huge mistake? Covering up the affair by pretending to be besties with Sanders’s wife Liberty Ross wasn’t a ginormous error in judgment? Stewart doesn’t think breaking up a family should qualify for the biggest mistake, biggest regret?

Robert Pattinson behaved like a true gentleman when that scandal blew wide open. Everyone likes Pattinson, everyone was firmly Team R-Patz when K-Stew’s affair with the very married Rupert Sanders was exposed. Humiliating Robert Pattinson isn’t at the top of the “that was the biggest mistake of my life” list?

If it weren’t for “Twilight,” Stewart probably wouldn’t have found any success and have achieved the kind of wealth she enjoys. The saga put K-Stew on the Hollywood radar. Which is why, the buddy divulged, Kristen has never publicly said anything negative about the “Twilight” movies. “[Kristen] doesn’t want to appear ungrateful.” Does it get much phonier than that?

Unconfirmed sources may claim Kristen Stewart didn’t tell a buddy, pal, friend, insider that “Twilight” was her biggest mistake – biggest regret, whatever Kristen wants to call it. But the actress sure did do a lot of talking in circles during that podcast interview. Not to mention that Kristen has slammed Twilight and its fans repeatedly in the past.