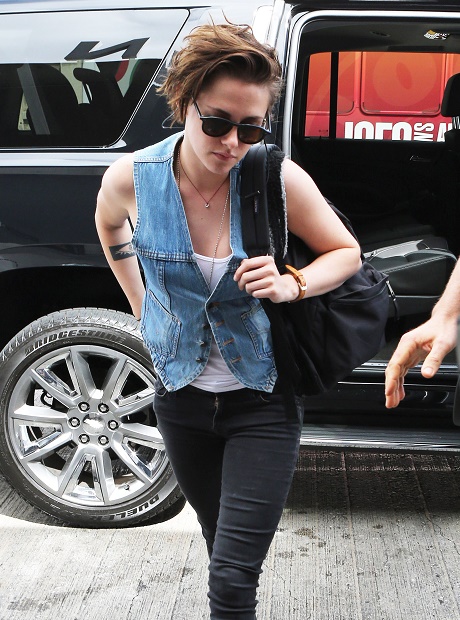 Kristen Stewart has managed to reinvent her career following the cheating scandal and the hit it took to her reputation. It took her a few years, but even without Twilight and Snow White and the Huntsman as guaranteed paychecks, Kristen has been working steadily. Sure, she hasn’t been headlining any major movies, but she has been taking solid supporting roles in films with high-profile leading stars. And now she’s been cast in a Woody Allen movie.

In other words, Kristen Stewart is about to become Woody Allen’s next muse. Yay or nay? Woody Allen worked with Emma Stone twice already, and I guess he felt he needed to move on to the next A-list star below 30 years. Enter: Kristen Stewart.

Her co-stars in the film are reportedly Jesse Eisenberg and Bruce Willis, but you want to know something? Her love interest will NOT be Jesse Eisenberg, but rather Bruce Willis – the man that is more than two decades older than her.

See, Woody Allen movies are a hit or miss for many people, but one thing that has continuously irked most people [even fans] is the vast age difference between most of the love interests. Plus, the fact that the woman is almost always the younger one and the man is significantly older than her. Woody Allen’s personal life shouldn’t come into a discussion about his ‘art’, but when he keeps doing this, we can’t help but wonder if his own preferences don’t make their way into his films. And honestly, it wouldn’t matter if it wasn’t so creepy.

What do you guys think about Kristen Stewart becoming Woody Allen’s next muse? Do you think her career will be positively affected by working with Woody Allen, or will she fail to gain the career bump that she’s seeking? Let us know your thoughts in the comments below.