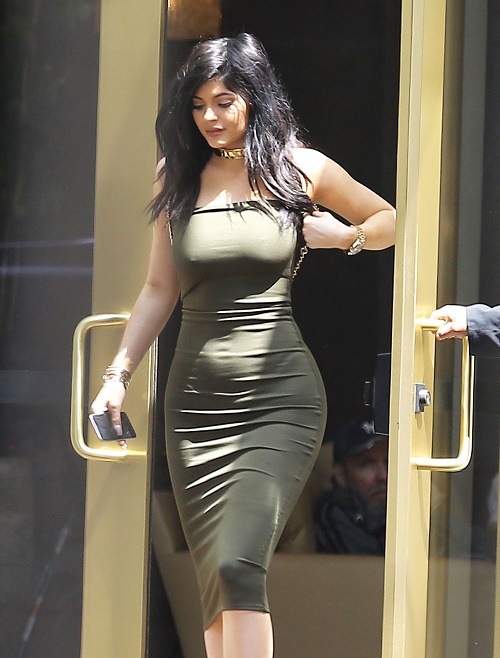 Kylie Jenner has been covertly feuding with her boyfriend Tyga’s baby-mama Blac Chyna for months – and she might just be the most passive aggressive 17 year old…EVER. Seriously, Kylie has perfected the celebrity feuding game, and manages to make the most subtle and seemingly innocent posts on social media, which could also be interpreted as some serious shade towards Blac Chyna.

For example, Kylie posted a seemingly innocent picture of herself in leggings and a crop top last week on Instagram and captioned it “Snap.” To anyone who doesn’t follow Chyna and Kylie’s catty feud – it would have looked like a simple celeb selfie. But Chyna actually posted a photo of herself in the same outfit on Instagram just two hours earlier.

This week, Kylie Jenner upped the ante in her passive aggressive feud with Blac Chyna, and dragged Chyna and Tyga’s 2 year old son King Cairo in to the drama, which is a serious no-no! Kylie changed her Instagram name to “King Kylie,” to match her boyfriend Tyga’s username “King Gold Chains.” Having matching Instagram handles is almost like signing a marriage license in 2015. But did Kylie change her name as a romantic gesture, or just to infuriate Blac Chyna? We are pretty sure Chyna doesn’t think it is cute that Kylie changed her username to her son’s name.
So far Kylie Jenner has played the victim in her feud with Blac Chyna, and basically implied that Chyna is harassing her on social media. But if you actually look at the evidence, Kylie Jenner is no angel; she is just much more sneaky and covert than Tyga’s baby-mama. Do you think that Kylie changed her username to “King” to throw shade at Blac Chyna?

Which woman will get the last laugh? Do you believe the rumors that Blac Chyna plans on fighting Kylie Jenner after she turns 18 years old? Let us know what you think in the comments below!