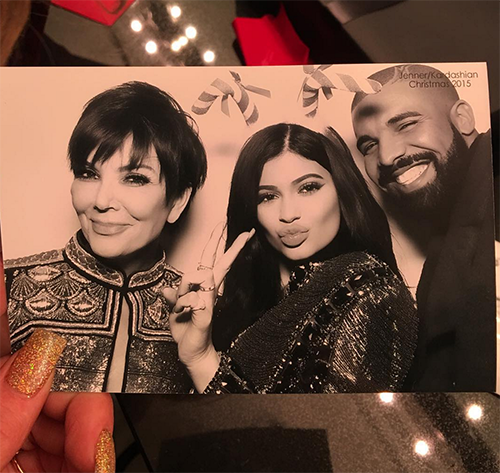 Is Kylie Jenner getting ready to dump Tyga and start dating Drake instead? If Kylie really wants to be more famous than Kim Kardashian, she certainly can’t do it with Tyga on her arm. Would it really be that shocking if Kris Jenner, notorious Keeping up with the Kardashians momager, helped orchestrate a romance between Kylie and Drake, the ultimate power couple?

Kylie and Drake as a couple is possible and maybe even a great idea. Kylie has made it clear that she wants to be more popular than her sister Kim. The sisters have been feuding for months now and the animosity between Kylie and Kim gets stronger as Kylie gets more popular. Kris Jenner lets her daughters fight over who is most popular.

Anyone want to guess why? That’s right, ratings. Right now, Kim Kardashian and Kylie Jenner are doing their momager’s job for her. The harder they fight to stay on top, the less Kris has to do besides count her endless paychecks.

That’s why we think Kris Jenner may be working behind the scenes to arrange Kylie Jenner and Drake to be the next big celebrity couple. The rapper is a close family friend to the Kardashian-Jenner family. Drake performed at Kylie’s sweet sixteen party and was a guest at Kris Jenner’s Christmas Eve party this year.

As a matter of fact, Drake posed in a photo with Kylie Jenner and Kris Jenner at the Christmas Eve party. Kylie posted the photo on Instagram and claimed that Drake photobombed what was supposed to be a picture of the reality star and her mom. It looked kind of sketchy though when Kylie posted the picture on social media. She deleted a picture of her kissing Tyga first. Why would Kylie take that picture down and replace it with a different picture of herself with Drake instead?

Kylie and Drake look really comfortable together and would make a believable couple. This would also be a great way to get Tyga off Kylie’s mind and help her move on from the troublesome rapper. If Jenner is really serious about getting ahead of Kim Kardashian and holding that lead, a romance with Drake would be exactly what she needs to stay right in the spotlight.