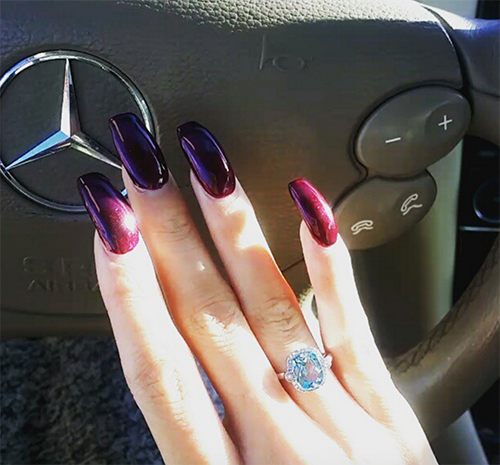 Mia Isabella is flashing her ring on Instagram to let Kylie Jenner know that Tyga bought her a ring too. After Kylie flashed her new ring on social media, Mia had to taunt the reality star. Tyga’s alleged trans lover posted a similar image (above) to Kylie’s (below) and claimed she’s been wearing his ring for years.

Jenner’s picture showed her right hand on display, resting on her shiny Range Rover steering wheel. The focus of the picture is a huge diamond ring that Kylie Jenner is sporting on the ring finger of her right hand. The wrong hand for propositions, which is why Kylie wants us to believe that she is not engaged to Tyga. If that’s just Jenner’s Christmas present, we can’t even imagine what the real engagement ring would look like. Then again, no one expects them to make it that far anyway.

Mia Isabella has been hating pretty hard on the Keeping Up With The Kardashians star. Just two days after Kylie posted her Instagram photo of the huge diamond ring, Mia responded with a ring of her own and it almost gives Kylie a run for her money. Tyga’s alleged mistress posted a video of her right handle resting on a Mercedes steering wheel and the caption read, “Anybody can do that lol he bought me one too except I’ve had mine for years.”

Mia Isabella’s ring picture was definitely a Kylie Jenner diss. Now fans are curious as to why the trans model would go after Kylie and try to belittle her beautiful Christmas gift. Is Mia trying to split up Kylie Jenner and Tyga so she can have another chance? That seems to be Blac Chyna’s angle in the war on Kylie Jenner.

It seems that Mia Isabella might actually be using her supposed fling with Tyga to propel her career. She seems to always pop up with a shocking picture or comment like the snarky ring comparison to get everyone riled up but the never gets much deeper than that. 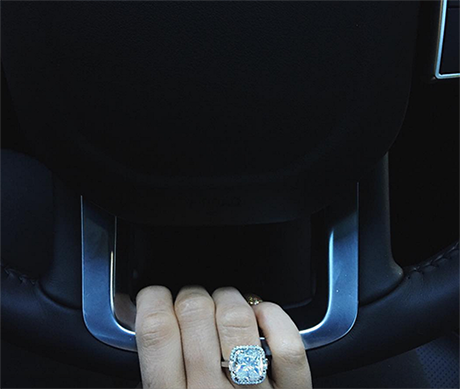