Tyga Cheating On Kylie Jenner Reportedly: Rapper Hooking Up With Transgender Model Mia Isabella – There Are Texts To Prove It? 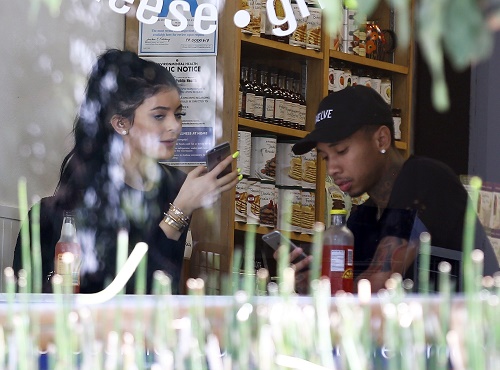 Tyga is cheating on Kylie Jenner again (still), reportedly with a transgender model named Mia Isabella. According to an all new report, Tyga and Mia have had an ongoing relationship for over three years now – before he even began dating his baby-mama Blac Chyna. There is no doubt in our minds that Tyga is, was, still is, and always will be cheating on his clueless 17-year-old girlfriend – but we’re not totally sure what to make of this latest claim.

According to an all new report from Love B Scott, Tyga and Mia have been sneaking around for years behind both Blac Chyna’s and Kylie Jenner’s backs. The blog reveals, “Transsexual actress Mia Isabella & Rapper TYGA had [an] ongoing relationship for almost 3 years since she moved to LA. She’s down for him has been since he was with Chyna. Allegedly, there was a possible sex tape when she was roommates with a model named Capri [who was once] linked with Charlie Sheen.”

We were having a tough time buying it too – but the blog also has exclusive screenshots of Mia and Tyga’s text messages over the course of the last three years. And they even put Tyga’s phone number on blast. The odds of them being faked are pretty slim considering they are full of countless selfies that Mia and Tyga were constantly sending to each other. And, if you ever were wondering what Tyga was packing, then you can check out the half a dozen pictures of his junk that he allegedly sent to Mia Isabella as well.

It’s 2015, technology has come a long way, so there is still a chance that the messages between Mia Isabella and Tyga were faked, but it seems highly unlikely. If they were faked though, then we’re pretty sure this has Blac Chyna’s name written all over it. On the bright side, there is no doubt in our minds that Tyga totally supports his girlfriend Kylie Jenner’s transgender father/mother Caitlyn Jenner and her transformation.

What do you think, are the messages real? Is Tyga cheating on Kylie Jenner with transgender model Mia Isabella? Share your thoughts and theories in the comments below!