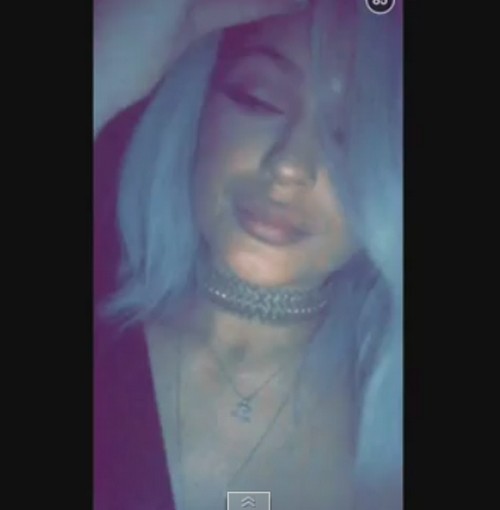 Did Kylie Jenner really post a video of herself on SnapChat driving drunk? Over the weekend Kylie shared a bizarre video of herself rambling and slurring her words – while she appeared to be driving her car! At one point in the video she even stated, “I’m kind of a f—king loser talking to myself in the car,” so there is no question as to whether or not she was in a vehicle. And, we definitely are not okay with drunk driving, but after listening to Kylie ramble for a minute about how making SnapChat videos is her biggest talent – it would be just as concerning if she turned out to be sober while making the video.

We get that Kylie Jenner is a high-school drop-out and the spawn of Kris Jenner, but is she really dense enough to post a video of herself driving while high or drunk on social media where she knows her millions of followers will gobble it up and it will go viral in a matter of minutes? The next morning Kylie woke up and promptly deleted the video, but it didn’t matter – it was already all over the internet. And, that leads us to our next point, don’t drink and SnapChat…you will regret it in the morning.

Obviously there is not anything the police can do about the video – Kylie can easily say she was totally sober, and they have no proof otherwise. But, anyone who watched that video and believes that Kylie is not on drug and hasn’t been drinking, is completely delusional. In the video Kylie Jenner rambles about a story she made on SnapChat and for some reason it didn’t upload, apparently she was trying to recreate it and failing miserably.

Check out Kylie’s SnapChat video and let us know what you think. Does it look the 17 year old is driving while she is drunk or high as a kite? Share your thoughts in the comments below!