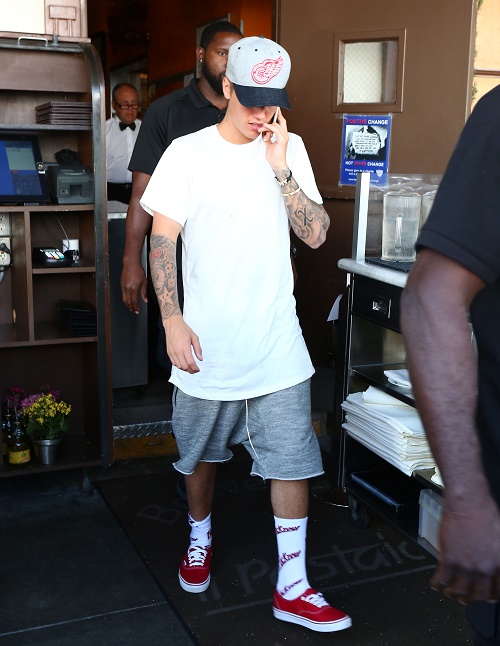 Is Kylie Jenner helping Justin Bieber diss Selena Gomez? The countdown is on until Justin Bieber’s new single “What Do You Mean” debuts, and Biebs all but admitted the song was about his ex-girlfriend Selena Gomez – and he threw some pretty obvious shade at her in the process. Previously, Justin said that his new music was inspired by his relationship with Selena Gomez. When promoting “What Do You Mean,” Justin dished in an interview that the song was about girls “being flip-floppy.” Considering that state of confusion everyone seems to be in about Justin and Selena’s relationship status – it isn’t absurd to think that he is talking about SelGo.

Here’s where it gets even more complicated. Selena Gomez has been in a bitter feud with Kendall Jenner for over a year now after she allegedly caught Justin cheating on her with Kendall at Coachella 2014. Selena and Kendall cut all ties and have not been spotted together since; of course her little sister Kylie Jenner followed suit. At one point, it looked like Selena and Kylie might be burying the hatchet earlier this year – but that obviously wasn’t the case.

So, you can imagine Selena’s fans’ reactions when Kylie Jenner posted a picture of herself promoting Justin’s new diss song about Selena. Kylie shared a photo of herself on Instagram holding a handwritten sign that read, “25 Days – What Do You Mean?” It’s no secret that Justin is friends with the Jenner sisters, so Kylie could just be doing him a favor. But a lot of disgruntled Selena fans seem to think that Kylie is simply promoting the song because it is dissing Selena Gomez – not because she wants to help out Biebs.

What do you guys think? Is “What Do You Mean” a diss song about Selena Gomez? Is that why Kylie is so excited for its release? Share your thoughts and theories in the comments below!