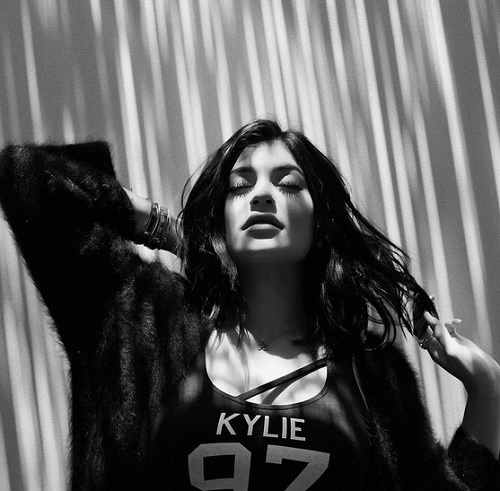 Are there going to be naked pictures of Kylie Jenner hitting the internet as soon as the Keeping Up With The Kardashians star turns 18 years old in August? Kylie Jenner has been acting out for months – and I think we are all waiting until her 18th birthday to see what kind of trouble the reality TV star gets into. Will she make a sex tape like her big sister Kim Kardashian? Pose for Playboy? Run off to Las Vegas and marry her 25-year -rapper boyfriend, Tyga, in a shotgun wedding conducted by an Elvis impersonator?

According to a new report from Radar Online, we can definitely expect some nude pics of Kylie Jenner to break the internet as soon as the soon-to-be 18 year old is legally an adult. And Kylie’s greedy momager, Kris Jenner, is already pimping out her daughter and negotiating seven figure contracts for the first nude photoshoot of Kylie. Radar Online’s inside source dished, “Kylie is getting bombarded with requests for her first nude shoot after she turns 18. She is going to bare her breasts and is excited at allowing the world to see them because they really are so perfect. She loves her boobs and cannot wait to show off her smoking body without any clothes on.”

We have all laughed at the evolution of Kylie Jenner and the fact that she is basically a clone of her sister Kim Kardashian. It looks like Kylie Jenner will be following in Kim’s footsteps and attempting to break the internet. We get that the teen will be 18 years old, and legally able to pose for nude photo shoots, but it seriously grosses us out thinking about all of the pervy old men that have been marking down the days on the calendar until she turns 18 so that they can see pictures of her goodies.

Do you think that Kylie Jenner’s nude pics will break the internet? How will Kim feel about being outshined by her much younger and hotter little sister? How much money is Kris Jenner set to make off pictures of her naked 18 year old daughter? Let us know what you think in the comments below!