Kylie Jenner Plastic Surgery Update: Gets First Round Of Butt Injections For Boyfriend Tyga – Still Claims She Is All Natural 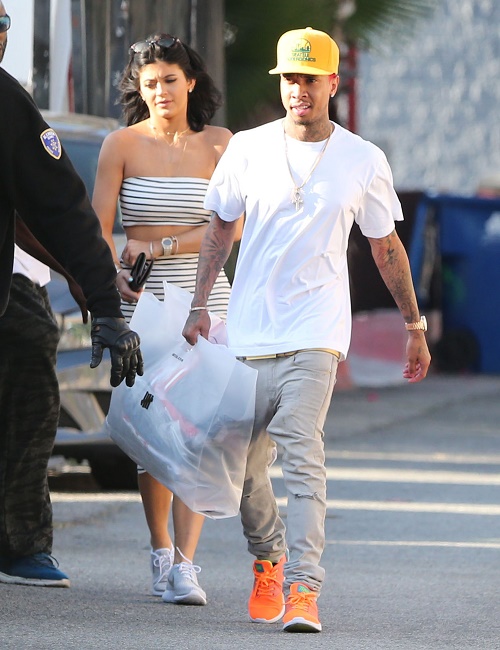 Kylie Jenner insists that she is all natural and hasn’t had any plastic surgery. Yeah, and the Tooth Fairy is totally real. Despite Kylie’s latest rant in an interview with Grazie Magazine, in which she insisted she has not had any plastic surgery, the latest edition of OK! Magazine reveals that Kim Kardashian’s little sister just finished her first round of butt injections.

Kylie Jenner denied going under the knife while being interviewed by Grazie Magazine and stated, “I haven’t had plastic surgery. I’ve never been under the knife. People flashback to pictures of me when I was 12 and say ‘Kylie’s so different’ but how can I look the same from 12 -18?” But, according to the April 27th edition of OK! Magazine, Kylie “All Natural” Jenner just finished her first round of butt injections. And, last time we checked butt injections were still considered plastic surgery.

OK! Magazine reveals, “Kylie Jenner is looking more like her big sister Kim Kardashian every day, but their similar assets are due to a lot more than good genes. An insider tells OK! that the 17 year old just underwent her first round of butt injections.” The tabloid’s inside source dished, “Kylie has always wanted a butt to match her sister’s. She is thrilled with the results and isn’t holding back with showing it off. Her boyfriend Tyga loves women with ample backsides. He has told her that he wouldn’t mind if her booty got even bigger.”

At this point, we aren’t sure if Kylie is just delusional and really thinks that lip fillers and butt injections aren’t considered plastic surgery – or if she really thinks that we’re all morons. Sure, everyone ages between the ages of 12 and 18, and they tend to change and grow up. But, no one’s lips, breasts, or butts double in size in six years while they manage to maintain the waist of a 12 year old. What do you think of Kylie’s new butt? Do you honestly believe that she is “all natural” and hasn’t undergone any plastic surgery? Let us know what you think in the comments below!