LeAnn Rimes Gig At Music Festival Alongside Has Been Bands: Exploiting LGBT Community To Save Failing Career? 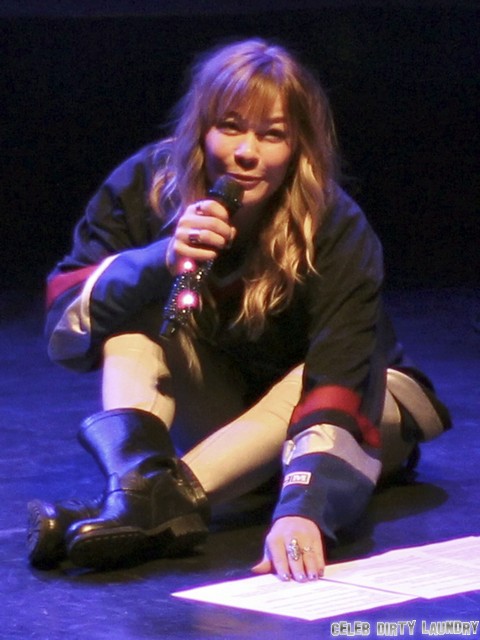 LeAnn Rimes is a hot mess, she and Eddie Cibran are on the verge of a divorce, she has become the laughing stock of Twitter, and her career is sinking faster than the Titanic. Many years ago LeAnn Rimes was at the top of her game and a key player in the country music scene, and then she cheated on her husband with married man Eddie Cibrian – and it all went downhill from there, and her disastrous attempt at reality TV didn’t help matters either. Now, according to new reports LeAnn Rimes is so desperate for work, she has booked a gig at a gay festival in Palm Springs and playing in a slot that is normally reserved for has beens that no one has ever heard of.

LeAnn Rimes booked a gig at the White Party Palm Springs in April 2015, and will be performing at the event’s annual Circus T-Dance, which is one of the largest gay dance music festivals to date. Since news broke that LeAnn Rimes was playing at the gay festival in Palm Springs, LeAnn gushed in an interview that the LGBT community were some of her biggest supporters and thanked them for their ongoing support. This actually isn’t the first gay music festival that LeAnn Rimes has performed at, in 2014 she appeared on stage at another festival in Charlotte, North Carolina.

LeAnn is desperate to make a comeback in country music, but ever since her scandalous divorce and marriage to Eddie Cibrian her album sales have taken a huge hit. It’s obvious that LeAnn thinks the gay community can help her get back to her former glory. The singer has received a lot of backlash on social media since news broke that she was performing at the Circus-T Dance. Half of her critics are mocking the fact that she has gone from Grammy Winner and sold out arenas, to an afternoon slot at a music festival alongside bands that no one has ever heard of. The other half of LeAnn’s critics are not happy that she is exploiting the LGBT community and using them to try and save her failing career.

What do you think of LeAnn Rmes’s latest gig? Is she exploiting the LGBT community, will it actually help her career? Or is it beyond repair? Let us know what you think in the comment section below!