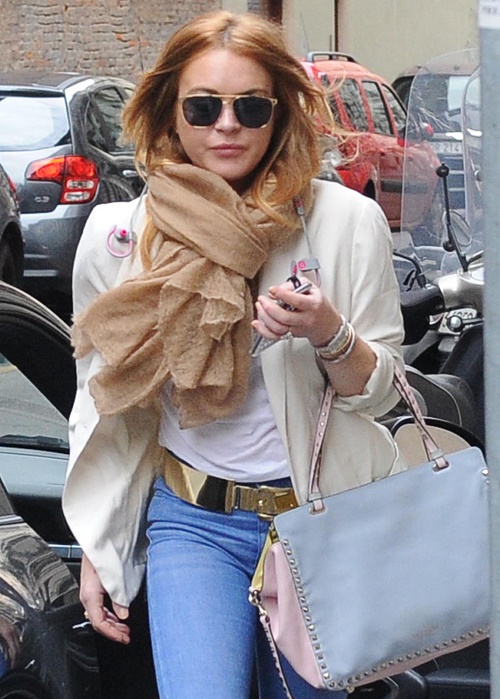 Lindsay Lohan was back in court for millionth time on Thursday to face the judge regarding the progress of her community service. Lohan, who appeared at court in Los Angeles, came up with a tons of excuses as to why she was unable to fulfill her community service hours. Wow, what a surprise.

Lohan had previously been ordered to perform an additional 125 hours of community service after her prosecutors presented various evidence to Judge Mark Young earlier in 2015, proving that Lindsey Lohan was not consistent enough with her past reports regarding community service.

So, how many hours out of the 125 that she was required to complete did Lohan actually do? Well, Lindsey Lohan’s attorneys told the judge that she completed only 10 hours! How is that even acceptable? An eyewitness tells Radar, “Her lawyers said Lindsay couldn’t complete the hours because the place she does community service at is too far away. It’s 90 minutes from her residence in London.”

Oh, poor Lindsay. It would be a sin to drive 90 minutes to complete your community service. Grow up.

Radar recently reported on Lindsay’s hours back at the beginning of the year. The source then told them, “It’s an extremely unimpressive number so far: less than 20 hours total. She must complete the 125 hours by May 28. No extensions, no excuses.”

So what has the Mean Girls actress been doing with her spare time, since she is clearly not completing her community service? Last week, Lohan was spotted shopping in Milan, and having a breakdown in the street. The actress was spotted in tears.

Several days ago, Lindsay Lohan was spotted partying in London through the wee hours of the night, into the early morning. At this point, it seems that there is no hope for Lindsay Lohan. We are sure that, come May 28, she will not have completed her hours, and that the judge will be fed up with her.