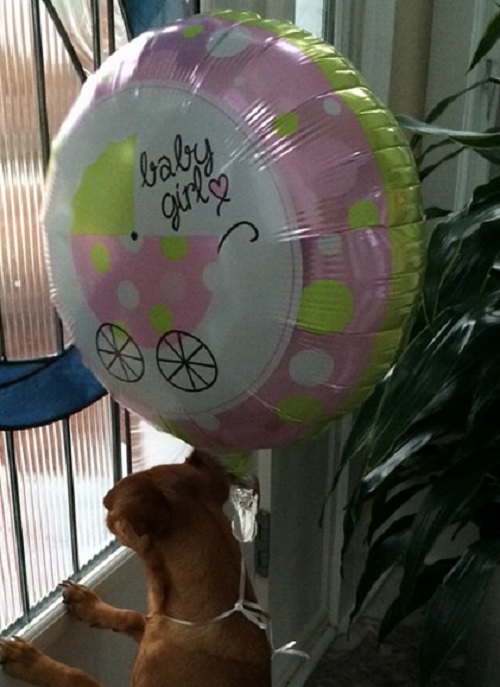 Rapper Ludacris is officially a dad for the third time. E! News has confirmed that Ludacris and his wife Eudoxie have welcomed their first child together, and that the two have had a healthy baby girl. A source reveals to E! News that the baby’s name is Cadence Gaëlle Bridges. They go on to say, “She was 7 lbs, 4oz and beautiful lake her mom. Her middle name means ‘a father’s joy.’”

Eudoxie made the announcement herself via her Instagram where she posted a photo and told her followers that she gave birth. Eudoxie shared a photo of “baby girl” balloon and a dog looking out a window with the caption, “She is here #Blessed #grateful.”

Ludacris revealed that he and his wife were expecting their first baby together back in March when the rapper posted a photo of him kissing his wife’s baby bump. The two announced their engagement and said that it took place one day after Christmas 2014. The world was shocked to know that they were already married and a source told E! News that the proposal and the wedding occurred on the same day.

The source said, “It was a beautiful wedding. The wedding was small and only close friends and family were in attendance. Ludacris, was so thrilled to be getting married and was filled with such love for his lady. He was a bit nervous when it was happening but in a very good kind of way.”

Eudoxie also spoke with E! News about their wedding and said, “we chose a simple and intimate wedding that was perfect for us. We wanted the day to be about our loving commitment to each other.”

Baby Cadence will join Ludacris’s two other children from his previous relationship. Back in February, Ludacris won primary custody of his 1-year-old daughter, Cai, with ex Tamika Fuller.

Raising kids is a big step and a source revealed a couple of months ago that the two were ready for that step by saying, “they both want children so that’s something that will likely happen in the next year.”

Congratulations to Ludacris and Eudoxie as they embark on the next chapter of their life together.