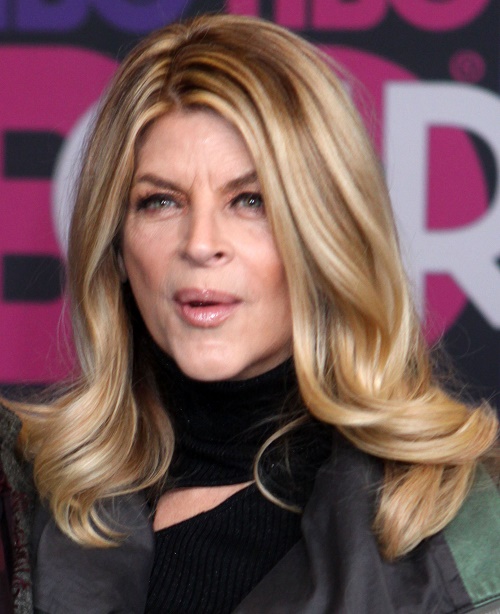 Scientology has come between lovers, couples, and even friends – and Maksim Chmerkovskiy and Kirstie Alley’s friendship is just one casualty in a long list of casualties. In a new interview with Radar Online, Maksim elaborates on just how much he misses Kirstie, and how and why he feels that Scientology came between them.

When he’s first asked about whether he stays in touch with her and whether anything’s changed in their ‘feud’, he replies, “We’re good I think. Nothing’s changed. The status is where it was. I’m upset that I don’t get to call her every day just because I want to.”

However, he also adds that he doesn’t want to judge Kirstie for her religious beliefs, no matter what they are. He also elaborates, “I think I might actually reconcile a little bit with Kiristie. I would want that. She’s an awesome chick and I love her very much. Kirstie is friend and I would want to have a relationship with her, but it’s not up to me. I miss her.”

Basically, he’s saying in a very roundabout manner that he might want to reconcile with Kirstie, but it’s not up to him – it’s up to Kirstie, and in a way, her Scientology people.

Isn’t that the same thing everybody even remotely associated with Scientology says? Maksim isn’t going to risk being followed and stalked by saying anything negative about Scientology, especially to the press, so he’s resorted to giving hints about his feelings on the matter. And his feelings are that he wants to be friends with Kirstie Alley again, but doesn’t want to risk the wrath of Scientology by doing so.

What do you guys think? Do you think Kirstie Alley is going to initiate being friends with Maksim Chmerkovskiy again, especially given their history on Dancing with the Stars? Or is their friendship a lost cause, largely thanks to Scientology? Let us know your thoughts in the comments below.