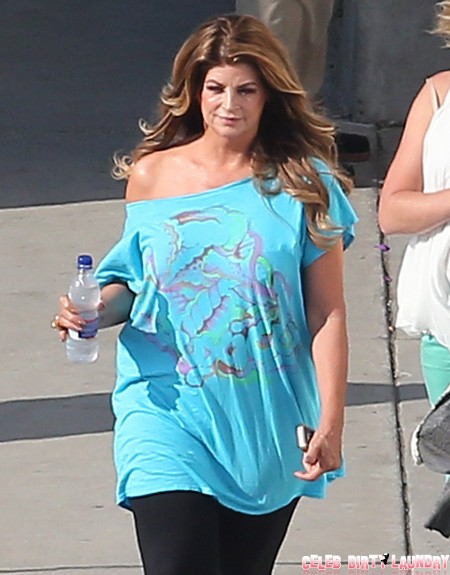 Scientology is only good enough for two things: One – reincarnating a failing celebrity’s career – and two – reminding us how a crazy cult dug its nails into modern consciousness. The celebrity “religion” has built up a steady following of celebrity heavyweights, including Tom Cruise, John Travolta, and Kirstie Alley. According to a new report, the latter actor used Scientology to kick her cocaine habit that was allegedly “spiraling” out of control.

Firstly, how was Scientology able to curb a habit without having a steadfast belief in modern psychiatry? And secondly, how was Scientology able to give Kirstie Alley the opportunity to remove a drug from her life that she dabbled with in her youth? Well, according to a recent report, the 61-year-old Alley enrolled in a Church of Scientology-affiliated treatment program. She also religiously read the organization’s self-help guidebook, Dianetics. According to Alley, “Somehow I got through [the book], and I thought, ‘Either [Scientology] is the world’s biggest scam or… this is how I am going to get rid of this hideous compulsion.’” The actress insists that these two important aspects of the religion – the book and the treatment program – saved her from ultimate death and destruction.

During a recent interview with Entertainment Tonight, Alley opened up about her past addiction to cocaine, “I thought I was going to overdose almost every time. I would snort coke, then I would sit there, I’d take my pulse [thinking], ‘I’m dying, I’m dying, I’m dying.’” Her chilling account of cocaine addiction gave the world an opportunity to see the Dancing with the Stars All-Star as a normal human being. We have to admit, even though we’re staunch Scientology deniers here at Celeb Dirty Laundry, we still have a steadfast belief that one’s spiritual orientation is a private decision and matter. Yes, Scientology might be the scariest thing since Ebola, but at least it assisted Alley in her addiction nightmare.

Scientology is now only good enough for three things: One – reincarnating Kirstie Alley – two – reminding us how a crazy cult does save people from themselves every now and then – and three – humbly proving to us that there are some good aspects to all religious orientations and beliefs.

What do you think? Are you YAY or NAY for Scientology? Do you think it is one of the scariest cults in the world? Let us know your thoughts in the comments below.