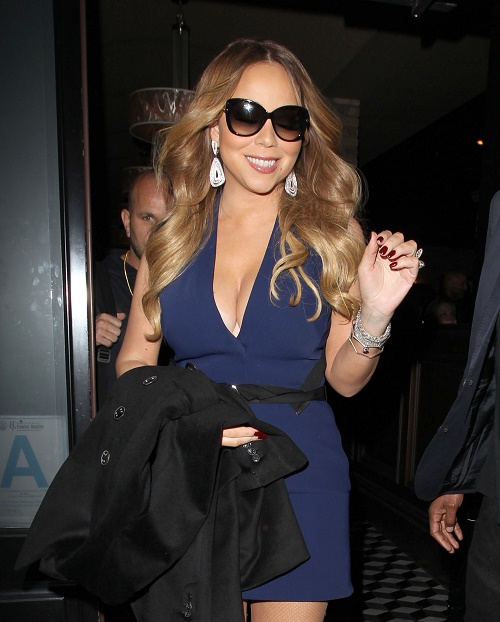 Nick Cannon and Mariah Carey’s divorce has been seemingly uneventful, but all of that is about to change. We knew it was only a matter of time before Nick and Mariah’s divorce got messy and it looks Mariah’s bitterness has boiled over and she has released a new song dissing her ex-husband titled “Infinity.” Sure, Mariah doesn’t exactly say Nick’s name but seriously could she be any more obvious with lyrics like these?

In Mariah Carey’s new song “Infinity” she sings, “Is it lack of ice got you so cold? Have you ever felt this on your own? Why you tryin’ to play like you’re so grown? Everything you own boy you still owe.” In another part of the song Mariah Carey goes on to sing to the mystery man – which is so obviously her ex-husband Nick Cannon: “Boy you actin’ so corny like Fritos. Wouldn’t have none of that without me, though.” Mariah also teases that Nick “lost the best he ever had.”

Ironically, just last week, Nick Cannon was cryptically hinting that he and Mariah Carey could be getting back together and when asked if they were reconciling he told TMZ, “Never say never.” Judging from Mariah Carey’s new diss song, she says “never.” My how the tables have turned though. When Nick Cannon and Mariah Carey’s divorce first went public, Mariah was a devastated mess and could barely hold herself together for her concerts – all while Nick was out partying and hooking up with multiple girls. Now, Nick wants to call off the divorce, but it looks like he missed the boat and Mariah is officially done with him.

What do you think of Mariah Carey’s new diss song “Infinity?” Is there any doubt in your mind that the song is about Nick Cannon? The “corny as Fritos” line is in our opinion a dead giveaway. Is Mariah done with Nick, or could they still call off the divorce and get back together? Let us know what you think in the comments below!