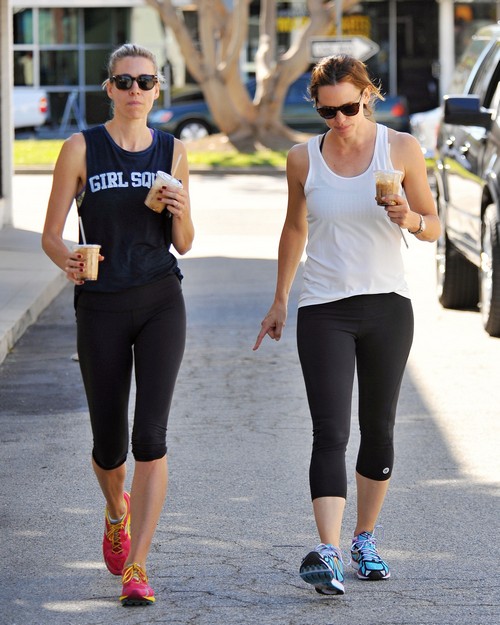 While Matt Damon’s buddy Ben Affleck is in the middle of divorce ending his decade-long marriage, it looks like Damon might be following suit. Is there some sort of bro code between Ben and Matt where they have decided to return to bachelorhood together?

The timing of Matt Damon’s shocking divorce news comes just months after Ben Affleck and Jennifer Garner announced the end of their decade-long union. Best friends Damon and Affleck were wed within months of each other back in 2005. Now news of their respective marriages ending comes just months apart again ten years later. It almost feels like this was part of the plan.

There were reports that Luciana has been angry about Matt Damon running off to party with his newly single pal Ben Affleck. Barroso feels left out now that Matt is spending time with Ben and Jennifer Garner isn’t in the picture. One thing is pretty clear though. Matt Damon and Ben Affleck are friends for life. No woman is going to come between that and Luciana Barroso might have to find that out the hard way.

Matt Damon’s 10-year anniversary with Luciana Barroso is coming up and many are wondering if she’ll get the same send off as Jennifer Garner. Considering that Luciana is not a famous actress and came into her marriage with Damon with much less as far as assets are concerned, a divorce from Barroso would be very expensive for the star of “The Martian.”

Some may forget that Luciana Barroso was a bartender when she met Matt Damon. Now Barroso boasts a new career in interior decorating but that pales in comparison to the earning power of her famous actor/writer/director husband. According to Star, a Matt Damon and Luciana Barroso divorce could cost in the ballpark of $140 million.

Newly single actress and buy mom Jennifer Garner stops for coffee with a friend after enjoying a workout on November 7, 2015 in Brentwood, California. Jennifer has been busy handling all of the parenting duties while her estranged husband Ben Affleck is out of state filming. FameFlynet