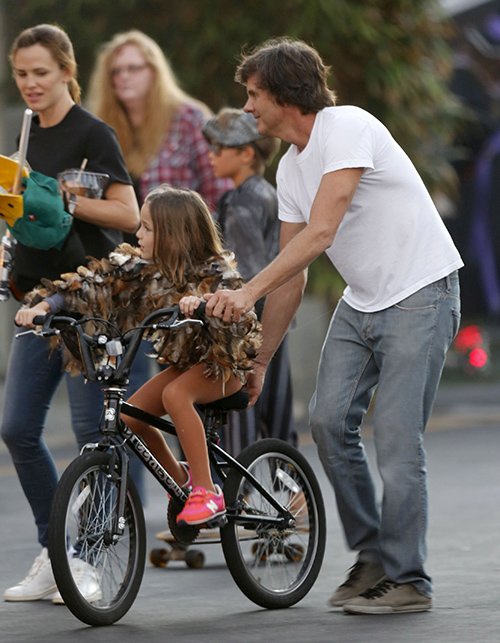 Jennifer Garner and Ben Affleck can’t get away from rumors that they are trying to repair their broken marriage – and that is Matt Damon’s biggest nightmare. Ben’s BFF never thought Garner was a good match for Affleck and he’s hoping they don’t get back together. A new report claims that while Damon isn’t actively trying to ruin his best friend’s marriage, he isn’t exactly hoping to see it survive either.

Matt Damon is just looking out for his best friend according to a recent report in OK! Magazine. According to the gossip mag, an insider told them, “Matt believes Ben’s marriage was in shambles way before the nanny,” the insider said. “There was too much anger there.” According to the story, Jennifer Garner nit picks Ben. Affleck may be Batman in the movies but at home, Jennifer gives him a hard time if he has a beer or wants to hang out with his friends. Ben Affleck just wants to go out with the boys, drink a few beers and play some poker. He’s tired of being afraid of what Jennifer will say all of the time.

The report goes on to say that Matt Damon never thought that Ben and Jennifer made a good couple. Damon would know better than anyone else considering his friendship dates back to grade school with the fellow Hollywood A-lister. Ben Affleck has dated his share of famous women and out of all of them, Jennifer Garner is Matt Damon’s least favorite. That’s probably why Garner gives her husband such a hard time when he wants to go relax with his friend.

According to the report, Matt Damon wasn’t influential in Ben Affleck’s decision to divorce Jennifer Garner. He just wasn’t encouraging his friend and “Good Will Hunting” co-star to fix his relationship with Garner either. The source of OK! Magazine also claims that Matt Damon said, “Ben will be happier with another woman.”

Despite all of her efforts to win Ben Affleck back, Jennifer Garner was spotted out recently with a mystery man. It’s unclear if this mystery hunk proves that Garner has given up on her marriage to Ben Affleck or if Jennifer just wants to make her estranged husband jealous. We’re pretty sure we know what Matt Damon is hoping.