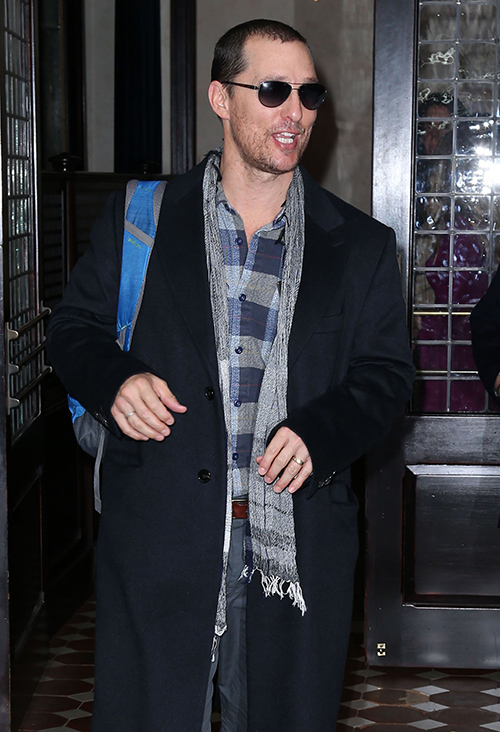 Matthew McConaughey’s wife suspects him of cheating with Scarlett Johansson! Matthew McConaughey and Scarlett Johansson are besties, and have a very close relationship. They will only be getting closer working on their new movie “Sing” together. But Matthew’s wife Camila Alves is growing suspicious of their relationship – and thinks that he and Scarlett are getting too close for comfort.

According to a new report from Naughty Gossip, Camila Alves is fed up with Matthew and Scarlett’s friendship and she “finds it creepy and irritating.” Alves isn’t exactly thrilled about Matthew and Scarlett working together on the new animated music comedy appropriately titled “Sing.” The film won’t be seeing the light of day until December 2016 – which means that Scarlett and Matthew will be spending a ton of time together until then.

Matthew McConaughey’s wife, Camila Alves, might be giving her husband a bit more credit than what is due. We get that he is the apple of her eye and all that – but Scarlett Johnsson is a married woman and she seems to be pretty dedicated to her husband Romain Dauriac. The couple moved to Paris together – and are raising a child together. And they aren’t exactly a scandalous couple or constantly surrounded by cheating scandals.

The bottom line is, if Matthew McConaughey is going to cheat, the odds of Scarlett Johansson being a willing participant are pretty slim. And, as far as their time on the set of “Sing” goes, it’s an animated movie. They’re doing voice-overs. They aren’t exactly filming sex scenes or playing each other’s love interests. Matthew McConaughy is voicing the part of a koala bear…

What do you guys think? Should Camila Alves be concerned about Scarlett and Matthew’s “creepy and irritating” friendship? Would Scarlett ever cheat on Romain Dauriac with Matthew McConaughey? Let us know what you think in the comments below!