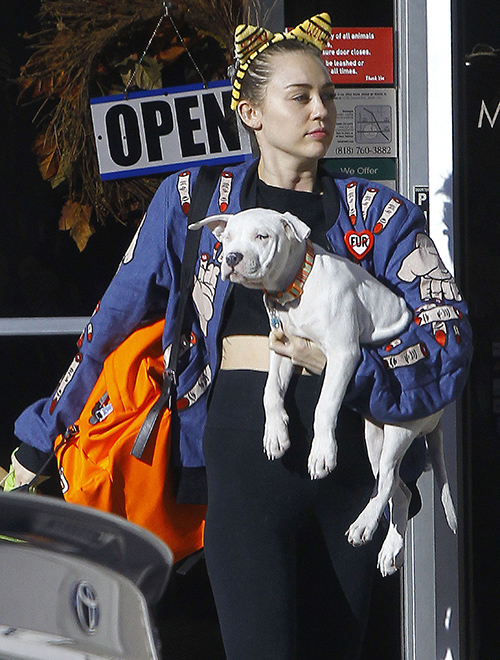 Miley Cyrus is rumored to be sending Jared Leto some pretty sexy pictures as he promotes the upcoming “Suicide Squad” film and apparently the “Wrecking Ball” singer has sparked a casual but very hot relationship with the movie star.

We’re told that Miley Cyrus and Jared Leto are strictly friends with benefits. That doesn’t keep Miley from spicy up their love life. While Cyrus is busy with her Miley Cyrus & Her Dead Pets tour, the “Can’t Be Tamed” singer has been keeping the spark alive by reportedly sending Leto plenty of super sexy pictures. Miley is not shy at all so there are no bounds to the pictures she might send to Jared to keep her older “Suicide Squad” actor interested.

With the amount of attention Miley is giving to Jared while they are apart, it’s looking like the former Disney star might be catching feelings. Cyrus hasn’t been romantically linked to anyone in a serious way since her split with Patrick Schwarzenegger and it’s time for her to settle back down again. Miley doesn’t seem worried about the double decade age gap between herself and her new lover. If Leto gave her the signal, we’re betting Miley would be coupling up with her current FWB.

Now that news of Miley and Jared’s casual sex romps has become public, it’s highly likely that they might settle into something a bit more traditional. The casual couple really enjoyed their trysts when the everything was still a secret but Cyrus and Leto reportedly really do like each other and it looks like they care about each other beyond just being a repeat hookup.

Miley Cyrus and Jared Leto might actually make a pretty interesting couple despite both of their oddities, or make because of them. Just don’t be surprised if Miley and Jared evolve their current casual relationship into a real romance now that their secret is out.