MTV VMAs: Wardrobe Malfunctions and “Shocks” All a Contrived Mess – Who Was Most Ridiculous, Justin Bieber or Kanye West? 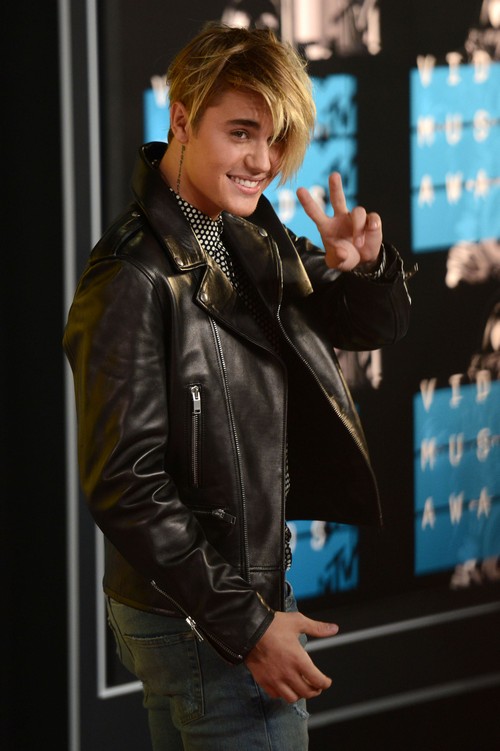 If you tuned in to the MTV VMAs last night, sorry you wasted hours of your life you’ll never get back. Host Miley Cyrus was so “shocking” that she flashed her boob (woopsy) and passed around weed. Wow, how cutting edge, how brave, how completely and totally contrived. But, to be fair, if you have been watching Miley’s ubiquitous scantily clad ads for the event, she delivered as promised.

Mind you, I don’t have an issue with Miley Cyrus running around naked. At this point, no one really cares and we’ve seen it all – literally just about every inch – with her oft-naked Instagrams and social media over-sharing. Miley barely had her nips in check on the red carpet in her silver suspender top and definitely set the tone for the evening – bile over substance.

But surprisingly, the competition for the appearance of the biggest boob at the VMAs didn’t go to Miley Cyrus’ nip slip. For my money, Justin Bieber and Kanye West are tied for that honor. Bieber lip synched all-too-horribly then broke down in tears. Was he crying because he realized everyone would know that he didn’t bother trying to sing live? Or maybe he was excited about Kanye’s appearance. Gag.

Kanye West gave a 10 minute (yawn) long acceptance speech for his Vanguard Award – who among you wasn’t secretly hoping that Taylor Swift would bum rush the stage and interrupt him? Can you imagine it? “Kanye, I’mma let you finish your rant and presidential announcement, but first I just wanna say Sarah Palin had one of the best presidential runs ever.”

And for all the people screaming in glee at Kanye’s award, I have to ask, did any of you listen to/watch Bound 2? Also, what are the odds America is going to go for a First Lady with a sex tape? Come on, we’re not France or Italy people. I’m also left wondering, was that a Kanye West award acceptance speech or an overlong PSA for mental illness? Hmm… Seemed like a cry for help to me.

Much ado was made over a Selena Gomez red carpet wardrobe malfunction as well. Sure her dress top was sheer, but the girl was wearing large pasties under it. That’s not a nip slip – maybe a pasty peekaboo. Is that even a thing? Impressively, collagen aficionado and now-legal rapper sex toy Kylie Jenner managed to stay inside her strappy dress, so hooray for her.

We know Kylie Jenner is counting down to her first official “of age” nip slip, crotch shot or other “accidental” nudie gotcha. From the neck up, Kylie Jenner looked shockingly like Kim Kardashian. Line them up side by side and they look like before and after shots. Kim Kardashian is pregnant, I get it, but holy cow. Seriously, she looked like a holy cow. Her fun bags are like an ad for Mayfield dairy.

I know she can’t help that, but what was with the dress with mega pockets in the front? Was Kim K stuffing snacks in there so she wouldn’t starve to death during her husband’s interminable speech? Was Pea and the Pod sold out of maternity LBDs? Thumbs down. I may need to try some of that Kim Kardashian endorsed, FDA outraged, nausea medicine to keep down my dinner.

Other manufactured spice in the VMAs included Nicki Minaj “calling out” Miley saying “Back to this b*tch that had a lot to say about me the other day in the press.” Sure Nicki, whatevs. Glad you finally won something for Anaconda – was the feud line on your teleprompter? Nicki buried the hatchet with Taylor Swift then started a new feud. Maybe the time limit on the last faux fight expired…

To close the show with “controversy” Miley managed to sneak her left boob out from behind a curtain while the cameras were trained on her. Hannah Montana acted shocked and asked “What’s happening? Oh sorry, my tit’s out.” Yes it is Miley but, then again, isn’t is always? And wasn’t that the whole point of her hosting? Way to stay relevant MTV. At least it wasn’t Madonna’s tit.