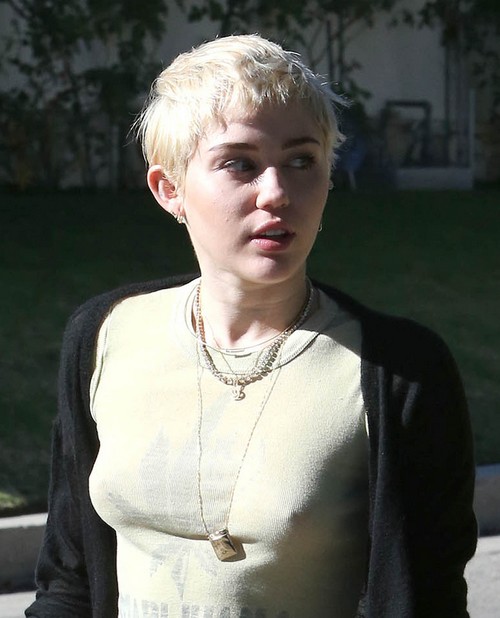 The man who broke into the home of singer Miley Cyrus and stole valuable belongings to the Miley and her brother has been sentenced to two years behind bars. Rusty Edward Sellner, 22, was sentenced to two years in prison by a judge on Wednesday, May 20, but the judge will give him credit for the 270 days that he has already served.

Sellner broke into Miley Cyrus’ Toluca Lake home back in December made off with quite a few valuable things that belonged to the singer and her brother. In February, Sellner pleaded no contest and entered a plea of first degree burglary. The burglar has been known to steal before and had been evading arrest until now.

There is a hearing scheduled for a later date to determine how much in restitution Sellner will be ordered to pay back to Miley Cyrus.

Hopefully Miley Cyrus’ burglar does not get out of jail in time to see the singer move into her new pad. Cyrus recently bought a $4 – $5 million home in the outskirts of Los Angeles County, somewhere in the Hidden Hills area of Los Angeles.

Miley’s new home will sit on 5 1/2 acres of land and will feature a riding arena, a 10 stall barn, a chicken coop, and even a vineyard with over 500 grape vines.

The home itself is a ranch-style house and is approximately 6500 square feet. The house will include seven bedrooms and is sure to be the spot for many parties in the near future.

Her new home will be in a very exclusive neighborhood and will be protected, as it is in a gated community. Sources revealed to TMZ that Miley Cyrus was even looking for security since her Toluca Lake home was broken into 3 times in one year. That’s so scary!

Miley Cyrus recently closed the deal on her massive rancher and we are sure she is excited to leave behind all of the incidents in her Toluca Lake home for a new beginning.