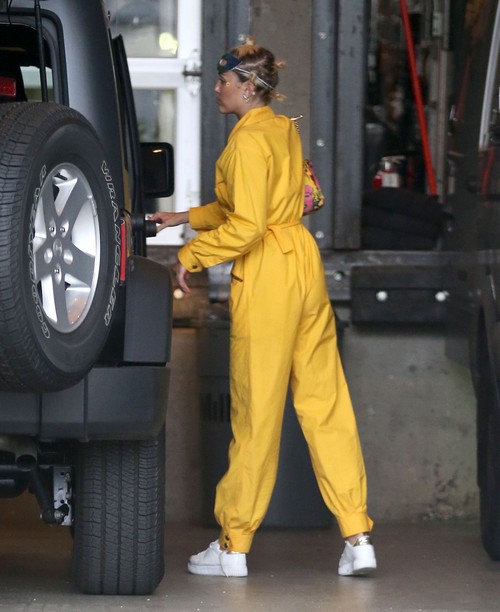 Well, we know that was going to end soon. Singer Miley Cyrus has officially ended her relationship with her now ex boyfriend Patrick Schwarzenegger. In an awkward turn of events, the two were spotted at the same party in West Hollywood, but the couple did everything in their power to steer clear of one another.

Both Miley and Patrick ended up at the Blind Dragon to celebrate the birthday of Bootsy Bellows owner Markus Molinari, and the two were far from friendly. A source tells Us Weekly, “Patrick and Miley didn’t interact. He didn’t say a word to her.” The source also reveals that Miley Cyrus spent the evening staying away from Patrick Schwarzenegger, and spent the majority of her time hanging out with fellow singer Katy Perry.

Miley and Patrick split, for good this time, back in April after only dating for five months. We reported that Patrick Schwarzenegger was spotted getting more than friendly with a young girl in a bikini while on his spring break in Mexico, in March. Miley was not happy about this, and even though Patrick swore that the woman was just a close friend, this eventually lead the two to break up. Miley even fired shots back at Schwarzenegger by posting a photo on her Instagram at the time of herself with a producer who she used to be romantic with. There was just entirely too much drama going on in the relationship for it to remain healthy.

A source told Us Weekly, “the Mexico scandal did serious damage.” Apparently, the damage was lethal. If the two could not even be cordial to one another at an event, we are sure that the break up was a nasty one. Miley’s newfound hatred for her ex must mean that Patrick’s “friend,” was more than that.

We know that Miley Cyrus will be just fine post-relationship. The singer has a way of making the world pay attention to her when she wants, even if her methods are ridiculous. Patrick, on the other hand, will definitely need a new famous girlfriend to keep him in the spotlight.